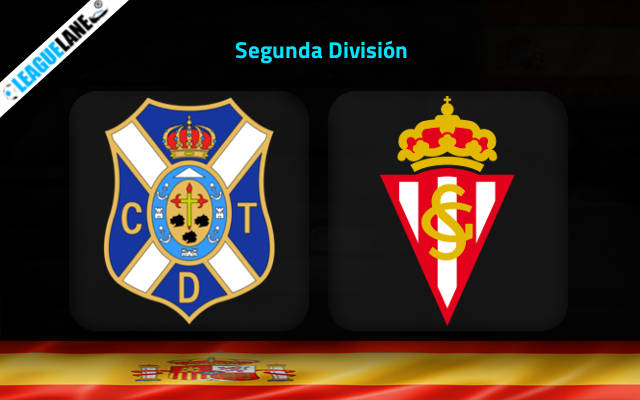 Tenerife are pushing for automatic promotion, and we expect a tough test for them on Monday when Girona come to Estadio Heliodoro Rodríguez López.

The Blanquiazules are fourth in the league and only 7 points separate them from league leaders Almeria at the start of matchday 14. At the same time, second placed Eibar is at a three points gap.

Winning consistently is difficult in the Segunda Division, but Tenerife did well in recent weeks. They are coming to this match on the back of a three-match unbeaten run with 2 wins.

We have witnessed one of the tightest first half of the season in Segunda division this year and the play-off spot is separated from relegation zone by 7 points.

This is where Girona’s threat come into picture despite their 13th position in league table. They have 18 points, which is 4 below top six teams and the same points above the drop zone. So, the visitors must be counted as one of the promotion contenders and they are in good shape after winning in 3 during the latest 4 match unbeaten run.

The veteran Cristian Stuani has been in fine form during the period, netted 5 times in the latest three including a hattrick in last week’s 3-1 comeback win over Alcorcon.

The last 4 head-to-head meetings between them has gone to the team playing at home with under 2.5 goals registered.

As a result, Tenerife will be looking for a third consecutive h2h win against Girona having won 2-0 and 1-0 in the previous two seasons.

This is a tough one to call in terms of full-time result with both teams hitting form in recent weeks. Home advantage and h2h record in this duel is with Tenerife, but that doesn’t mean that they are in for a cruise on Monday night.

Girona have done well in recent travels, and they are eyeing for a third consecutive win here, making it extremely difficult to choose winner for this Spanish Segunda Division fixture.

If you are a brave punter, you have the option to go with both teams to score in this match, a bet against the recent h2h trend, but backed by the scoring form of either sides.