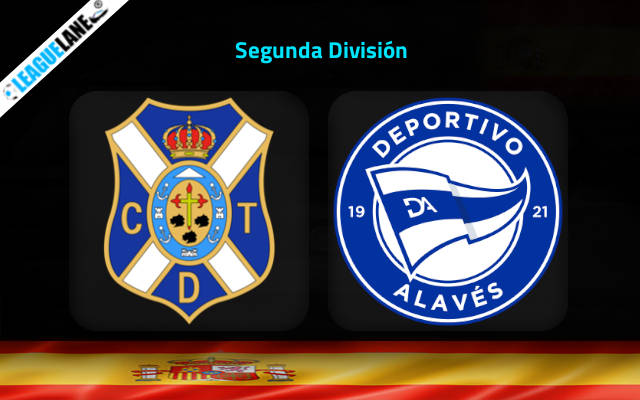 Tenerife vs Deportivo Alaves Predictions and Free Tips from our expert tipsters when the teams go head-to-head in La Liga 2 on Wednesday, 7 December 2022.

Alaves lost their second game of the season when they played against Granada. They are currently at the second position on the table.

At the same time, Tenerife are slowly moving towards the relegation zone as they are on a two-game losing streak.

Both teams last clashed back in 2016. The host are unbeaten in their last six head-to-head matches. It has been over fifteen years since the last time Alaves won at this ground.

The last head-to-head encounter between these two sides ended in a stalemate.

Who will win the match between Tenerife and Deportivo Alaves?

Alaves will most likely win this fixture with ease. They are second in the league and have only lost twice. On the other hand, Tenerife have lost more than 40% of their matches this season.

The host have only won once at home since October. This is one of the reasons why they are sixteenth in the league.

The past record clearly shows that both teams have scored in two of their last four meetings at Estadio Heliodoro Rodríguez López.

The host used to have a decent record against Alaves. However, it is now outdated. We can back the visitors to win this fixture. As they have been consistent since the beginning of this campaign.

Moreover, the host have lost three of their last five outings. Not to mention that they have not played well against top teams in the league. Therefore, the first tip is that Deportivo Alaves will win by 2-1 – at 13.00 odd.