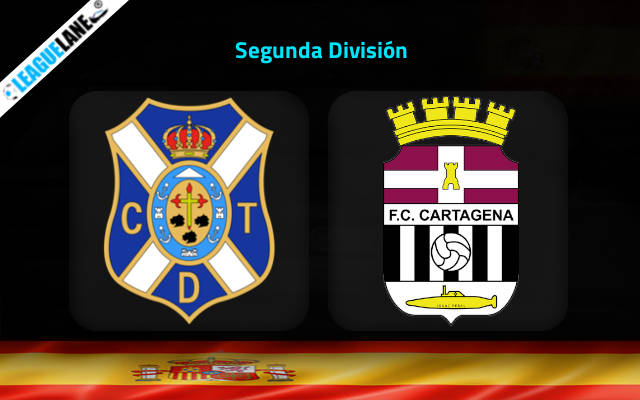 Tenerife will finish the regular season with the home clash against Cartagena on Sunday evening.

Head coach Luis Miguel Ramis can be satisfied with the job his men have done this season since Tenerife will definitely play in the promotional playoffs regardless of what happens on the final day of the season.

This is a massive progress from the previous term of Segunda Division when Tenerife ended the campaign in the bottom half of the standings.

Ramis’ men will, however, have something to play for on the final day of the regular season. They want to preserve the fourth position in the league standings and get to play second leg of the playoffs semis on the home patch.

Tenerife are currently two points ahead of Girona and Las Palmas who share the fifth position.

Also, Tenerife will be hoping to raise the spirits inside their dressing room ahead of the playoffs ties, especially since they have lost the previous two league affairs to Malaga and Eibar.

However, Cartagena will be anything but an easy opposition here. The visitors will enter this tie in the highest of spirits after celebrating a demolishing 5-0 victory over Amorebieta last weekend.

Also, FC Cartagena have lost just one of the previous six Segunda Division matches. Can they take advantage of the somewhat of a slump in Tenerife’s form and pull off a result on Sunday at Estadio Heliodoro Rodriguez Lopez?

Tenerife have been playing ultra-defensive football of late. None of the last five matches they played in the league provided three or more goals. Knowing about the recent H2H tradition in this matchup, we have to fancy the Under 2.5 goals FT bet at the 2.05 odds here.

As for the outcome, we prefer the draw at the sky-high 4.00 odds as there is zero value in backing Tenerife’s win knowing that the hosts have lost the last two league matches.