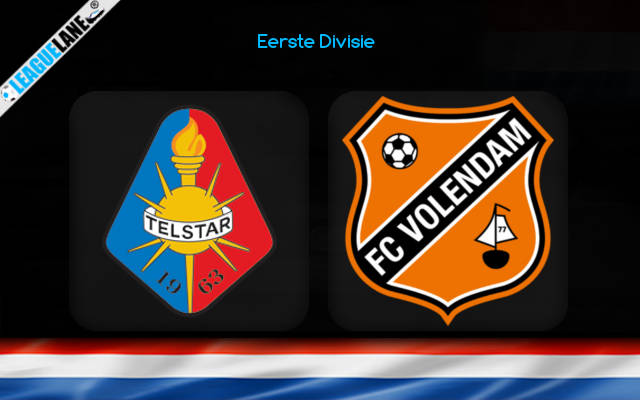 Volendam are currently placed third in the table, and are trailing just a single point below the toppers. And they have done all that with a game in hand. This Friday, they will go after a win, in an attempt to climb to the top of the table. Read our Preview, Predictions, and Betting Tips with Analysis here.

Telstar had recorded a 0-1 win on the road the last match-day, against Den Bosch. In the meantime, Volendam recorded a 3-2 win at home against Almere.

Going on, Volendam are on a three-fixture winning streak, and they had also won five of their past six games. They have scored a total of 18 goals from their past six matches alone, and they have lost just twice in total in the past six-month period.

On the other hand, their counterparts were winless in 28 of their former 33 overall fixtures, and they have won just twice at home since the first week of January.

Taking into account these observations, as well as the h2h superiority of Volendam over the years, expect them to secure a win this Friday at the Rabobank IJmond Stadion.

Tips for Telstar vs Volendam