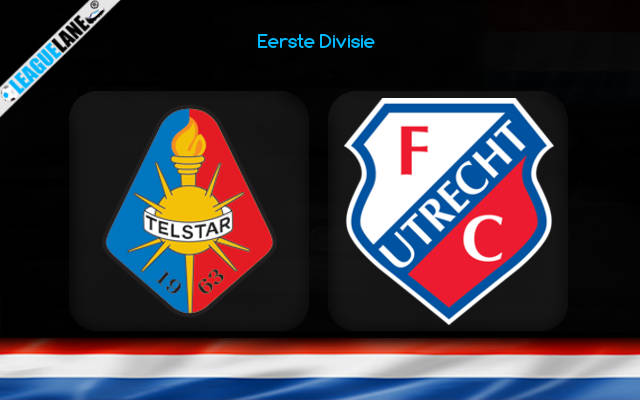 Telstar played against Eindhoven in their last match. Eindhoven’s last-minute goal helped the team take the lead in the match, further securing a win a for the team. The match ended with 0-1 FT score.

Jong Utrecht similarly has played poorly in their matches this season. The team has lost in more matches than both their wins and draws combined. From the last ten matches, the team has got two wins, one draw and the remaining has ended in loss. The team stands 18th on the league table with 35 points from the matches.

Jong Utrecht played their last match against ADO Den Haag. Even though Den Haag had been in the lead for most of the evening, a last-minute goal by Jong Utrecht helped them equalise the match. The match ended with 1-1 FT score.

Telstar’s home matches have not achieved the results the team had hoped for. They have been inconsistent with their winning in the matches. From the last six matches, they have got one win, one draw and four losses. Utrecht Reserves, similarly, has had little luck with in their away matches. Even though at the moment, the team has not lost in the last two, they can lose at any time.

Since Telstar is playing in their home ground, they will most probably secure the win in the match. We can also expect both teams to score in the match as well.