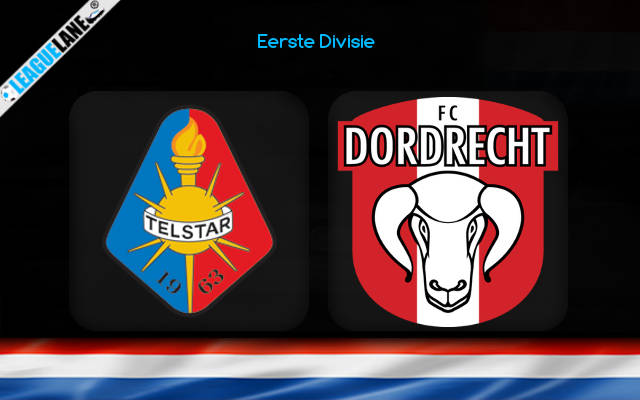 Game week 31 of Eerste Divisie brings us the match between Telstar and Dordrecht on Friday at Velsen-Zuid.

Telstar didn’t stand a chance against Breda in their last match. Even though they had scored the first goal of the match, they couldn’t keep the lead for long. Breda scored four goals in the match, ending the game with 1-4 FT score.

Dordrecht played their last match against TOP Oss. Dordrecht scored a goal in the first half of the match and defended their post well from the opposition. TOP Oss couldn’t score a single goal in the match, ending the game with 1-0 FT score.

Telstar has exhibited poor performance in their matches throughout the season. The team has gained only two wins in the last ten matches and is winless in the last six consecutive matches. Their poor performance has put the team in the bottom half of the league table in 15th position with only 29 points to their name.

Dordrecht had a rough start to their season, placing them at the bottom of the league table. However, since January, the team has shown an improvement in their form. From the last ten matches, the team has won in five, drawn in three and lost in two. But this improvement is not enough to move up to the upper half of the table. The team now has 29 points, placing them in the 17th position.

Both teams have performed similarly in their recent matches. Telstar and Dordrecht have equal points from their matches so far and a win in this match will help them break the stalemate.

Looking at the records, the match will most likely to end in a win for Dordrecht because they have performed better than Telstar in the recent matches. Both teams are likely to score in this match as well.