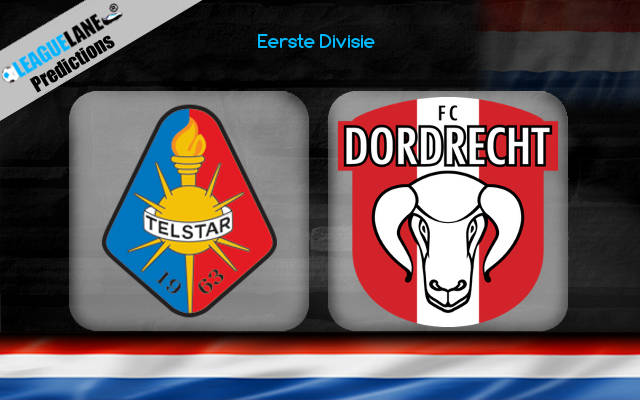 The Sheep Heads are the absolute worst team in the competition, and they deservedly are placed dead last in the table. They have scored a total of eight goals so far (least in the league), and have conceded the most as well.

They also have secured a total of just one win so far all through this campaign, and have a 100% losing record on the road this season.

Meanwhile, the White Lions have been a far better team, and are chasing a spot in the top-eight of the table, so as to get included in the playoffs for promotion to the Dutch top flight.

Moreover, they also do have a great h2h record over the years against this rival.

Likely, expect Telstar to post the three points on the board this Thursday.

Harry van den Ham’s men are on a five-match losing run, and they had conceded a total of 21 goals in the process. They had also lost 15 of their preceding 20 fixtures, and on the road, they are on a nine-game losing run, conceding 29 goals from the past seven such match-ups alone.

Do note that they were also placed second to last in the table the last season, and they had let in the most number of goals that season as well.

On the other hand, their counterparts were unbeaten in nine of their preceding fifteen games, and they have lost just thrice at home in the past 15 attempts.

Furthermore, they also have a terrific h2h record against this opponent over the years.

Taking into account all these observations, expect a Telstar win at the Rabobank IJmond Stadion. Do also expect the hosts to score in plenty against the worst defense in the league.