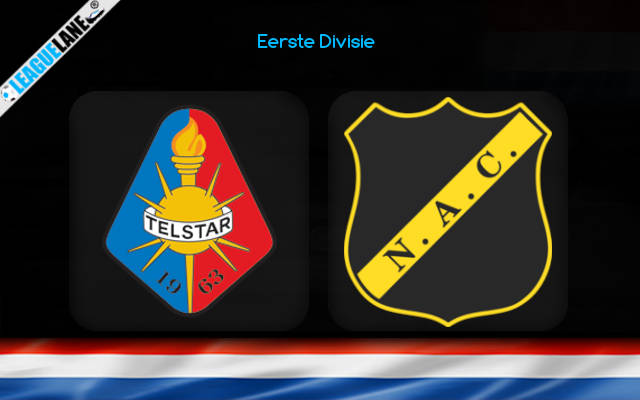 Telstar is without a win since the last 5 league fixtures. They got defeated recently which was their second from the previous 5 schedules in the league.

NAC Breda is on a 5-game winning streak in the league after their exit from the 2021 Dutch Cup. They are only 2 points away from getting into the promotion list for Eredivisie. With 16 points and 6 places in the difference, The White Lions will host the visitors at Rabobank IJmond Stadion for the 27th Round of Eerste Divisie this Monday.

The White Lions are at the 16th spot on the standing with 29 points from 28 games. They won 6 times in the league while drawing and losing 11 matches each. They scored 32 in total while conceding a sum of 52 which shows that they need to really need to upgrade their defense.

Telstar will be looking for an improved result here after the 3-2 league losing effort in their last game against Jong AZ. Over their prior 6 games, Andries Jonker’s men have managed to score 7 times giving them an average number of goals scored per match equal to 1.17.

On the contrary, Breda resides at the 9th position on the table with 45 points. Of the 29 matches played, they won on 12 games while drawing on 9 and losing on 8 other fixtures.

NAC Breda head into the match following a 2-0 league win to defeat De Graafschap in their previous game. Edwin de Graef’s squad have fired home a total of 11 times in the course of their latest 6 matches. The total number of goals that have been scored against them during the same equals to 6.