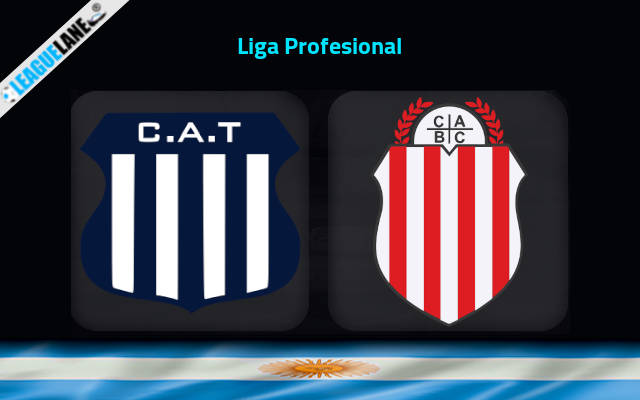 Gameweek 7 of Liga Profesional is set for this weekend as Talleres play host to Barracas Central where both these sides differ by 2 places and a point. These two teams will be seen clashing at Estadio Mario Alberto Kempes, this Sunday.

Barracas Central is at the 21st spot on the standing with 6 points from 6 games. They won only once while drew thrice and have lost on 2 other occasions. The visitors were promoted last year after winning the championship of the Primera Nacional which is the second division.

The visitors will go into the match following a 2-1 Superliga win agianst San Lorenzo in their most recent fixture. Barracas Central have been scored against in all of their last 6 games, conceding 9 goals overall.

On the other side, Talleres resides just at the 24th position on the table with 5 points. Of the 6 matches played, they won only once while drew twice and have lost on 3 other occasions. Their struggles at the offensive end of the pitch has also been another key factor as they have netted only 4 times here.

Talleres are hoping to win again after their last result, being a 2-0 Copa Libertadores win against Colon. Scoring goals is a big issue for the Blue and White as they were on target 7 times in 6 Liga Profesional encounters.

Both these sides have never crossed paths each other and thsi will be their first ever encounter.

With the previous win over San Lorenzo, coach Alfredo Berti’s team raised their point tally to 6 and leaped 6 places. Also, that was the first time Barracas Central scored twice in a league game this season as they have no clean sheets in their prior six games.

Meanwhile, Pedro Caixinha is worried about Talleres’ current home form as they have lost their last 2 league games held at home. In their 7 most recent matches , the home side have achieved only one win.

This is a tough one to call since both teams have similar levels and forms. Talleres finished third in the league last term but are way far from their form in 2021. Still, the home side have more experience and might find a way to get at least a point.