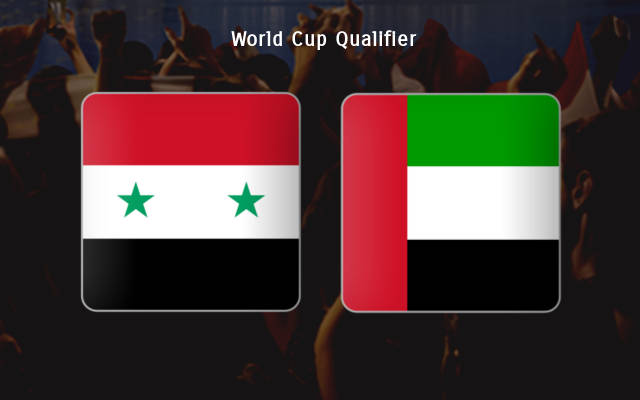 Both Syria as well as UAE harbor ambitions of making it to the World Cup, and have been in good form lately. Especially in the Second Round, both were group champions, and had scored goals in plenty. As such, expect another goal-fest this Tuesday at the King Abdullah Stadium.

The Syrians were champions of Group A, and they had a 100% winning record barring a single loss. Note that they had a combined scorecard of 22-7 through this campaign.

And while lately some results have not been in their favor – the team has been scoring goals at a great rate.

In the meantime, UAE have shown no drop in form after the Second Round. They were champions of Group G, and had won all but two games during the stretch. And in the process, they had a combined scorecard of 23-7.

Going on, goals have also come regularly in previous h2h meetings over the years.

By the looks of things, expect a high-scoring affair this Tuesday – especially since both squads are determined to make it to the World Cup.

The Syrians have failed to score just in five of their preceding twenty overall fixtures, and they had won seven of their last thirteen match-ups. Do also note that the latest h2h win belong to them.

In the meantime, UAE are on an eight-fixture unbeaten streak, and they had scored three or more goals in six of their preceding seven matches.

In fact, they had won six of their last seven overall games, and they had scored a total of 11 goals from their former two road trips.

Taking into account these stats, and particularly the determination of either squad to secure qualification, expect a high-scoring thriller this Tuesday at the King Abdullah Stadium.