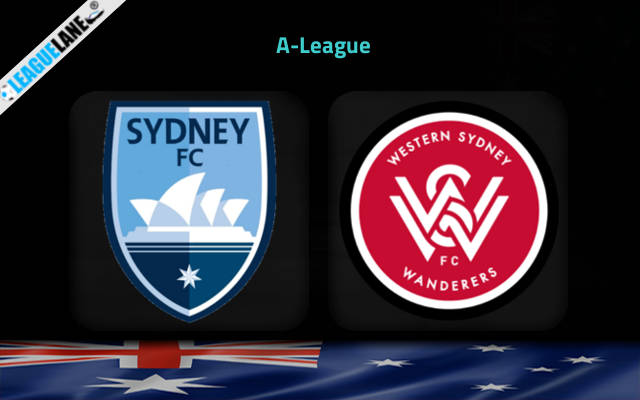 With only 5 points and 2 places apart, Western Sydney Wanderers who are on back to back draws, will travel to Sydney Cricket Ground, this Saturday to cross swords with Sydney FC.

The Wanderers are at 10th spot on the standing with only 20 points from 18 games. They won and drew 5 games each while losing on 8 other fixtures. The visitors has been inconsistent since the beginning of the season and have failed to record enough positive displays to secure a safer place on the table.

In the game prior to this, Western Sydney Wanderers drew 1-1 with Melbourne Victory. Mark Rudan’s men have turned their attacks into goals a total of 6 times in the course of their previous 6 matches. The overall goals that have been scored against them during those same clashes adds up to 6.

On the other side, Sydney FC resides at the 7th position on the table with 25 points. Of the 20 matches played, they won 6 games while drawing and losing 7 matches each. They have won and lost twice of their last 5 fixtures. They have improve their defensive side, as they have been conceding quite often.

Sydney FC will play in this game coming off the back of a 2-2 league tied result over Macarthur FC. Steve Corica’s squad have found the net a sum total of 8 times in their preceding 6 outings. The tally of goals that they have conceded in those same games stands at 8.

Sydney are unbeaten in their last 3 home fixtures coming to this one. They have also won the last h2h game held at home by 1-0 margin.

WS Wanderers won only twice at away fixtures this season, considering 9 games played on road this season. But they are currently unbeaten in their last 2 away league matches.

By the looks of things, a home win is likely to occur this weekend. The struggling form of visitors this season, further adds up to it.