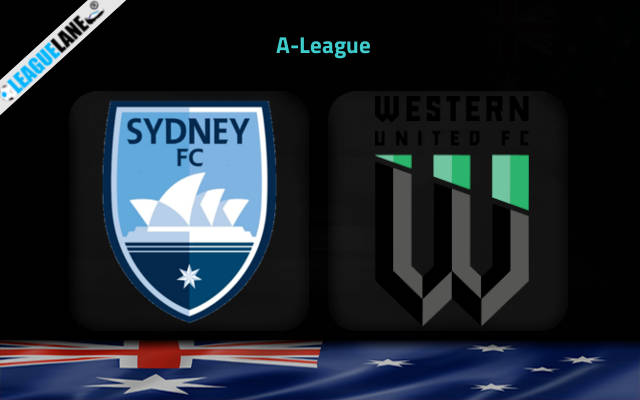 This is a match between one side that finished second on the last season and one that finished tenth. It has been a very different story this time around as Sydney, has been highly inconsistent as their previous league win came after losing 3 games in a row. Western United are challenging the reigning champions Melbourne City at the top currently in the zone for Semi final Play offs. With 12 points and 3 places apart, the Western Service Crew will travel to Leichhardt Oval in Sydney for the 18th Round of A-League.

Western United is at the 2nd spot on the standing with 33 points from 16 games. They won 10 times in the league while drawing and losing thrice each. They scored 21 in total while conceding a sum of 14 which shows their highly defensive style of play.

The Western Service Crew settled for a share of the spoils in a 2-2 draw with Melbourne City in a top-of-the-table clash, last week. In their last 6 outings, they have amassed the sum of 11 goals while also managing to score on every single one of those games. In that time, they have had 6 goals go into their own net.

On the contrary, the Sky Blues resides at the 6th position on the table with 21 points. Of the 17 matches played, they lost and drew 6 matches each while winning on 5 other occasions.

Sydney FC come into the game on the back of a routine 2-0 away victory over Perth Glory, last weekend. Fewer than three goals per match were recorded in 5 of the past 6 fixtures where they have been participants.

The visitors are unbeaten since the last 2 h2h fixtures and haven’t been defeated in their previous 4 away league matches. We therefore, predict a win for Western United this weekend. Also, the hosts won only 25% of the games played at home, this season.