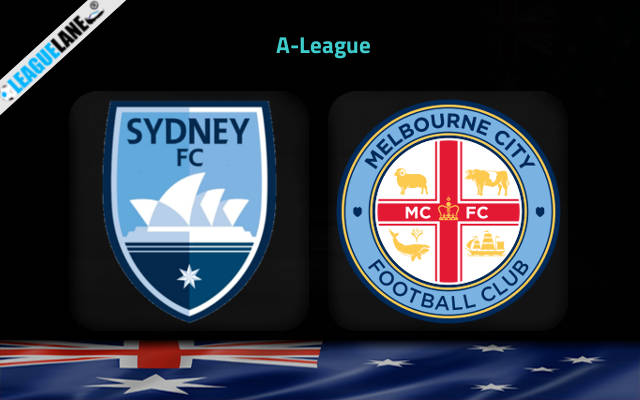 Sydney FC vs Melbourne City Predictions and Free Tips from our expert tipsters when the teams go head-to-head in A-League on Saturday, 10 December 2022.

Two consecutive defeats have momentarily stopped Sydney from reaching the second position on the table. They will have to improve their home form if they wish to to reach the top.

At the same time, Melbourne are at the top of the table. They are yet to lose a game this season. It is worth knowing that they have scored fourteen goals in the last six matches.

The visitors are on a three-game winning streak against this team. This is going to be the third time both these sides will go head-to-head this year.

The last time the host won this fixture in front of their home crowd was over three years ago. It is important to mention the table toppers are unbeaten in the last seven consecutive meetings.

Who will win the match between Sydney FC and Melbourne City?

Melbourne City will win this fixture with ease. They are currently the league leaders, also they have not lost any game this season. On top of that they have a strong winning record against Sydney.

We can expect the visitors to score over 2.5 goals as they have scored at least three goals in their last three wins against this team. Even at Sydney’s home ground they managed to score three goals back in February.

The host have not scored in the last two consecutive meetings. Even in their most recent outing, they could not score in the derby game. Therefore, we expect the same trend to carry on this time as well.

The first tip is that Melbourne City will score over 2.5 goals – at 4.50 odd. The visitors have scored at least three goals in their last three encounters against Sydney.

Our second tip is that Melbourne City will keep a clean sheet– at 3.75. The visiting team have kept two consecutive clean sheets against this side. Not to mention that they have the best defensive record in the league this season.

Also, you can back on Jamie MacLaren to score anytime – at 1.90. He is top scorer in the league this season. Moreover, he has scored in all of his games.