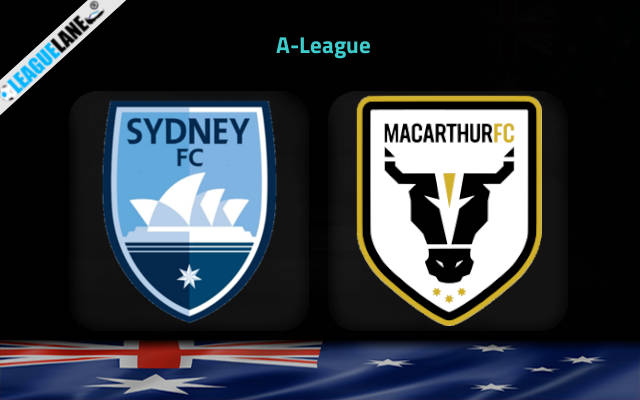 Sydney FC vs Macarthur Predictions and Free Tips from our expert tipsters when the teams go head-to-head in A-League on Saturday, 24 December 2022.

Sydney have now lost 50% of their matches this season. They could not get past the Mariners despite playing a good game. They are now ninth in the league this time.

At the same time, Macarthur won against Perth Glory recently. This win comes after their narrow defeat against Melbourne Victory. Their away form is not in a good shape as they are winless in three of the last four outings.

Both teams last met in October this year and the host won that game by 3-2.

The last time the visitors won this fixture at this ground was over a year ago.

The host are unbeaten in the last four head-to-head meetings since 2021.

Who will win the match between Sydney FC and Macarthur?

Sydney will most likely win this fixture. They have a good unbeaten record against Macarthur. Do note that both teams have won three games in the league respectively. Not to mention that the visitors have one of the worst forms in the league till now.

The host have scored two goals in their last four consecutive head-to-head meetings against this team. This time as well we can expect this trend to continue.

This year both teams have met twice, and on both occasions; they have scored plenty of goals. The most recent meeting between these two teams ended in a 3-2 scoreline.

You can back the following as our first tip is that Sydney will win this game by 2-1 – at 8.50. The host are unbeaten in the last four head-to-head meetings against Macarthur in the last two years. Moreover, they won the last two games by scoring at least two goals.

Our second tip is that Both teams to score– at 1.61 odd. This year both these teams have scored in their two meetings.