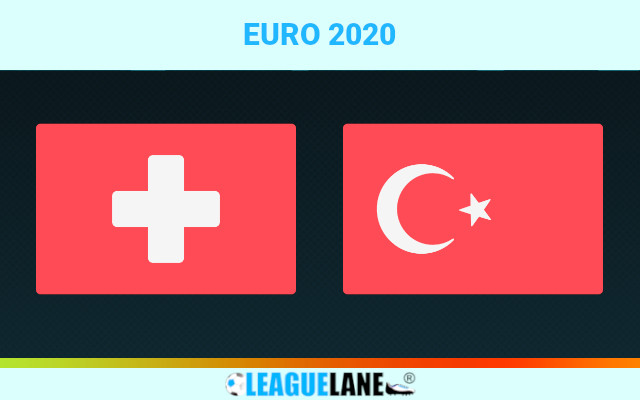 Switzerland and Turkey battle for qualification spot in the final Group A fixture at the Euro 2020.

The 3-0 loss to Italy placed Switzerland in a tough position, needing nothing less than a win in their final group game to stand a chance to qualify for the knockout. Generally, 4 points will be enough to become one of the best third placed teams, however a big win here could even see them finishing second if Italy vs Wales end in a big win for the Azzurri.

Their performance against the Italians were not that bad, they had some good spells keeping possession of the ball and had a couple of half chances and one good chance for Steven Zuber. But the quality and finishing of their opposition was too good on the day and now they must put this behind and start from the off.

Meantime, spirits will be low in the Turkish camp after the humbling 0-2 defeat to Wales. While the defeat against Italy is expected, there are no excuses to the performance on matchday 2 as they were completely outplayed and dominated.

It looked easy for the Welsh players to run at the defense and create chance without breaking a sweat. At the same time, the Turkish midfield and attack looked out of ideas, slow in the buildup, lot of miss-passes and their chances were limited to set-pieces.

The full-time scoreline could have been more embarrassing if not for the missed penalty from Gareth Bale and several open chances from Ramsey and Dan James.

Senol Gunes’ troops still have a chance to make it out of the group, only if they beat Switzerland on Sunday and then wait for favorable results from remaining groups.

Gunes wants a big response from his men and if he could have named a complete different eleven for this final group game. The bench strength is far too thin, and we cannot expect a wholesale change in the starting eleven for Sunday.

Vladimir Petkovic is generally consistent with the team selection and changes are not expected in the starting eleven unless there are some last time injuries.

At the same time, Mario Gavranovic is an option to start at the expense of Embolo or Seferovic.

Turkey looked like a team without cohesion and the body language of the players left such a negative impression that they do not want to be here and play. I do believe this is the biggest difference between the team that bagged some big results enroute to the Euro 2020.

On the tactical side, there is too much gap space in front of their defense letting opposition players to run around and behind and set up chances with one-two quick passes.

Switzerland were unlucky in the draw against Wales, but were decent in the defeat to Italy. They are not a team that sit back and defend and rely on the creativity from midfield and full backs. Only thing that lacks in this Swiss team is the finishing touch, yet both Breel Embolo and Seferovic have the knack of getting into good positions behind the defenders.

From the point of tactical analysis, this is Switzerland’s game to lose. We also doubt if Turkey could regroup and pick themselves after the terrible defeat to Wales. Football is not a superhero movie, where the underdog saves the world in a jiffy.