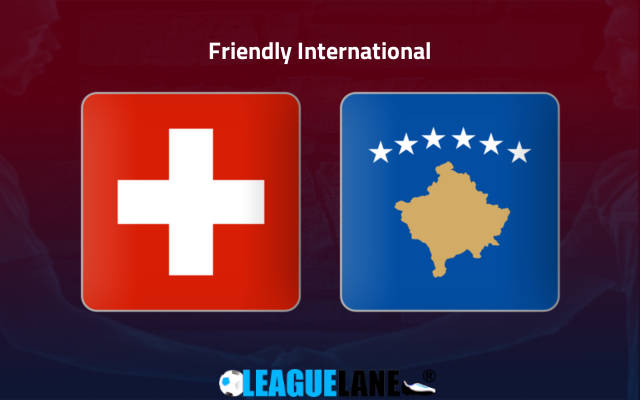 Switzerland and Kosovo travel to Zurich to play against each other on Tuesday.

Murat Yakin’s team is currently in the top 20 of FIFA rankings. They have played well in their recent matches and is unbeaten in the last seven matches. Switzerland’s most recent matches were in the European World Cup qualifiers and the strong form of the team has helped them to be the first in their group. Switzerland’s position in the top of group gives them straight qualification European World Cup.

Switzerland played their last match against Bulgaria, in which Switzerland scored four goals in the match, while Bulgaria could score none.

Kosovo’s recent matches have not produced the results the team had hoped for. The team is winless in their last six matches, ending over four matches with loss for the team. The team had their winless streak in the European World Cup qualifiers, placing them dead last in their group.

Kosovo played their last match against Greece. Both teams scored one goal each, ending the match in a draw. This draw also helped Kosovo to end their loss streak, which had lasted for over four matches.

Alain Giresse’s team has not had a win over the last six of their matches. They had shown an improvement in their skills in matches since June. But their drop seems to have dropped, leading to their current scores. Switzerland has shown strong form in their matches. They have only one loss to show from their last ten matches and have achieved over six wins as well. They will hope to keep their streak going.

Switzerland’s matches, as the home team, have produced some excellent results for the team. They have won in eight of the last ten matches and have scored in almost all the matches as well. Kosovo has had little luck with their form as the away team. They have only two wins from the last ten away matches.

Looking at the records, Switzerland has scored over 1.5 goals in three of the last five matches. Kosovo’s poor form gives Switzerland a chance to achieve a clean sheet as they have done in their previous matches.