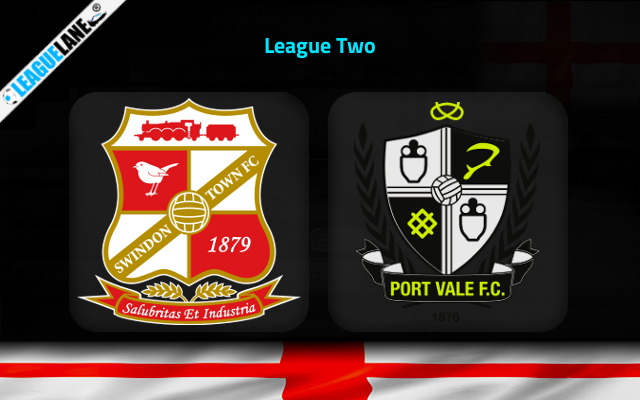 Swindon had a decent form at the end of this League Two season. They have dropped curtains with a set of positive results. With a total of 77 points, they were at the 6th spot of the table. They also have a decent offensive and defensive line-up.

Swindon were last seen playing the final fixture of League Two on road against Walsall. The match ended up in a 0-3 win for them. With that win, they are currently having a streak of four winning games. They will be having highest of spirits following such a set of recordings.

Meanwhile, Port Vale have ended up this season with a win. But their form wasn’t that impressive of late. However, they were at the 5th spot of the table advancing it to the playoffs of League Two. They also possess a decent offensive and defensive line-up.

Port Vale recorded a 0-1 win against Exeter on road in their final league fixture. They were on the back of three subsequent losing games before recording the above win.

Swindon won six of their past 10 league affairs at home. They have recorded back to back victories to wrap up their home fixtures of this season. Their offensive side have scored two goals in each of the past two home fixtures.

On the other side, Port Vale are winless in five of the past 10 on road fixtures. They have recorded a 2-0 defeat against Walsall on road lately too. Such a drop will count in this fixture which is the first leg of the semifinals.

On top of that, Swindon have been the dominant force in the history of this head to head match at this venue. Therefore, we are expecting Swindon to seal a win from this fixture.