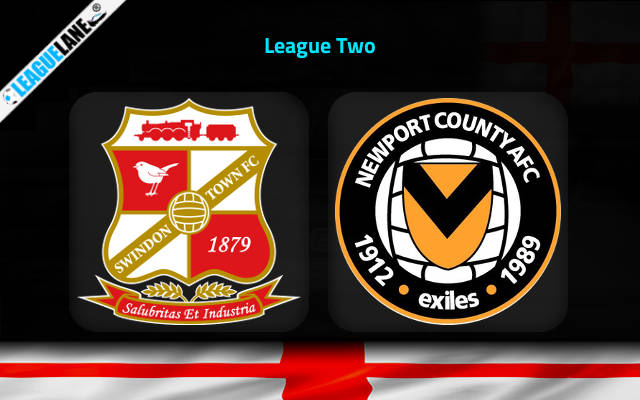 Swindon Town has played moderately well in their matches this season. The team has shown an inconsistency with their form, where the team’s form drops, leading to cold streak for the team. From the last ten matches, the team has got six wins, one draw and two losses. The team currently sits 8th on the league table with 63 points from their matches.

Swindon played their last match against Rochdale, in which both teams failed to score, ending the match in a goalless draw.

Newport County played their last match against Exeter City. Exeter City scored their goal in the 72’ minute, which helped them take the lead. The team maintained the lead for the rest of the match, ending the match with over 0-1 FT score.

Swindon and Newport have played fairly well in their matches this season. Their most recent matches have produced the similar results. They have got two wins, one draw and two losses from their last five matches.

Both teams have the same calibre and are only one-point away from each other as well. However, Swindon has the advantage of playing in their home ground. So we can expect the match to end in a win for Swindon or in a draw. Both teams have scored in most of their recent matches and can be expected to score in this match as well. In the matches Sindon has scored, there is at least one goal in the second half and they are likely to continue to do so in this match as well.