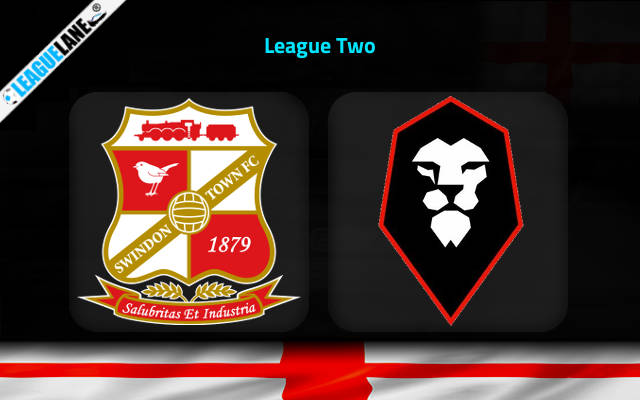 In game week 34 of League Two, Swindon Town faces Salford City for their next match on Saturday at Swindon.

Salford City played against Leyton Orient in their last match. Salford scored two goals in the match and defended their nets from the opposition, leaving Leyton goalless. The match ended with 0-2 FT score.

Swindon has played well in their matches throughout the season. From the last ten matches, the team has scored in nine of them and has achieved wins in four of them. Swindon is on top of their form in the recent matches. They have a win streak which has lasted for three games and have kept clean sheets in the match as well.

Salford City has achieved mixed results in their matches this season. In this season, the team has 12 wins, 8 draws and 11 losses. They currently stand 11th on the league table with 44 points. Salford has scored in seven of the matches and has achieved wins in five of them as well. They are also unbeaten in the last three matches.

Both Swindon and Salford have played well in their matches recently. They have achieved wins in most of the recent matches and have scored over 1.5 goals in the wins as well.

Swindon, however, has the advantage of playing in their home ground, where they have won consecutively in the last two matches. Salford has shown an improvement in their recent away matches, getting three wins in last five away matches.