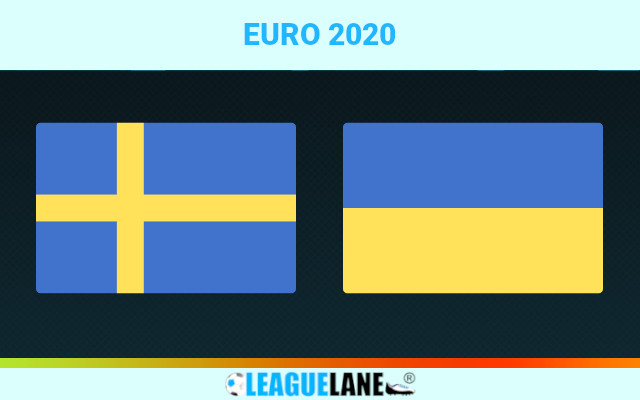 Sweden lock horns with Ukraine at Hampden Park in the final round of 16 fixture of the Euro 2020.

Nothing less than deserved, Sweden finished their group with a thrilling win against Poland to go top of the group tipping Spain to second having beaten Slovakia 1-0 earlier.

Ukraine qualified for the knockouts for the first time at Euro, having failed to do so in the previous two attempts. However, they had some luck and only made it as one of the best third placed teams, thanks to a 2-1 win over North Macedonia on matchday 2. While they lost their games against stronger teams like Netherlands 3-2 and Austria 1-0.

This is their third consecutive as well as overall appearance as an independent nation at the Euros and they made only one appearance at the World Cup so far.

Head-coach Janne Andersson has no players missing through injuries however he is still looking for an optimal partner for Alexander Isak upfront. Robin Quaison started against Poland, but considering the importance of this fixture, the veteran Marcus Berg could be slotted back to the front two.

Denys Popov and Oleksandr Zubkov are players in the injury list for Ukraine.

Serhiy Sydorchuk failed to impress in the starts against Austria and Netherlands and Andriy Shevchenko could opt for a midfield three bringing Taras Stepanenko to partner Mykola Shaparenko and Oleksandr Zinchenko.

Ruslan Malinovskiy was taken off at half-time in the defeat against Austria, but he must slot right back into the front three here.

The last meeting between the sides happened at the Euro 2012 group stage and Ukraine bagged a 2-1 win. Andriy Shevchenko scored both goals for Ukraine’s goal after Zlatan send the Sweden up front. A young Yarmolenko was part of that squad and he set up the first goal for the current head-coach.

All other four meetings between the teams are friendlies, Ukraine have 3 wins, 2 of them in penalty shootouts, while the Swedes won the other 1.

This Swedish team has a habit of overloading their defense, but they need to rethink their strategy after Poland almost tear them to pieces in the final group game. Scoreline do tell some part of it with Robin Olsen had to pull-out some stunning saves between the goals.

Despite Emil Forsberg coming alive in the final group game, none of the strikers looked to have the lethal touch to punish the teams on the break and it remains to be seen if someone like Dejan Kulusevski can fill the void.

Ukraine is a young team, good on the counter and set pieces, though their defending is dubious having conceded 5 goals in the group games. They are over dependent on Yarmolenko and Yaremchuk for goals, while Atalanta’s Ruslan Malinovsky failed to lift the spirits.

Sweden topping the group is not a fluke, they were on excellent form leading up to the tournament and lost just once in last 10 and the teams that denied them win are France (2-4) and Spain. They are not an ultra defensive side by any means, scored 2 or more goals in six of those games while keeping clean sheets in six.

Meantime, Ukraine have really struggled for wins, 5 in their last 17 since the last quarter of 2020. The remaining games are split across 8 defeats and 4 draws. There is a 2-1 win against Switzerland and 1-0 win against Spain to show towards the end of 2020. But the recent wins happened against lower ranked teams like Cyprus, Northern Ireland and Macedonia.

Sweden are bookies favourites as well and I do back them to win here, however the game is expected to be tougher than many would expect.