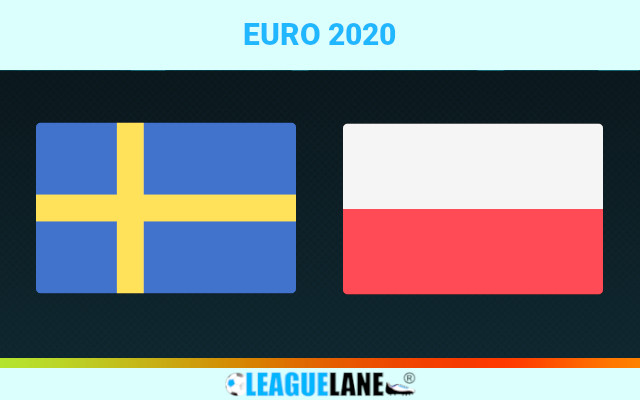 Sweden have surprisingly raced to the top of the table, that included two heavyweights of world football. One more good performance, and they could ensure progression into the knockouts. However, the desperate Poland would have something to say about that.

As of now, the Poles are dead last in the table, with a single point against their name.

Nothing but a win will be their objective this Wednesday. Should they win, they would have four points, and would be placed higher than the Swedes due to a better h2h record.

At the same time, one of Spain or Slovakia will surely drop points this game week, as those two are pitted against each other.

As far as Sweden are concerned, they could make do with a draw, and move into the knockouts. However, they would be wise to not be overconfident. Robert Lewandowski and co will be obviously desperate, and they need to take advantage of that.

The expectation is that goals will come from either side of the pitch in this crucial match-up.

Manager Janne Andersson will probably not tinker too much with the starting line-up that has taken his team to the top of the table.

However, midfielder Kristoffer Olsson could be substituted early, owing to his accumulation of yellow cards. The gaffer will want to preserve his main players for the knockouts. Instead of the player, Viktor Kalesson could be introduced into the pitch.

Mateusz Klich was called off early this last match-day against Spain, signaling a possible distrust by manager Paulo Sousa.

It’s possible that the gaffer might start attacking midfielder Kacper Kozlowski instaed in this crucial game.

Lewandowski and co had come into this competition with great hopes, but as of now they find themselves at the bottom of the table – and on course to being eliminated even before the knockouts.

It goes without saying that they are desperate, and we can expect a fierce performance from them – they simply have no other go.

In fact, despite all their struggles, in their past 14 games, they have failed to find the back just against four-time world champions Italy. Count on them to slot at least one goal in their most important game of the last three years.

Meanwhile, the Swedes have been on absolute show-stopping run for the past several months. They had won six of their past seven overall fixtures, and they have gained confidence as well as momentum after climbing to the top of a tough Group E table.
Note that they also have a superb h2h record against this opponent over the years.

This is the final group-stage game, and have faith in both teams to try their absolute best. Mistakes are surely going to happen, which will lead to a lot of goals. Anticipate a high-scoring affair this Wednesday.