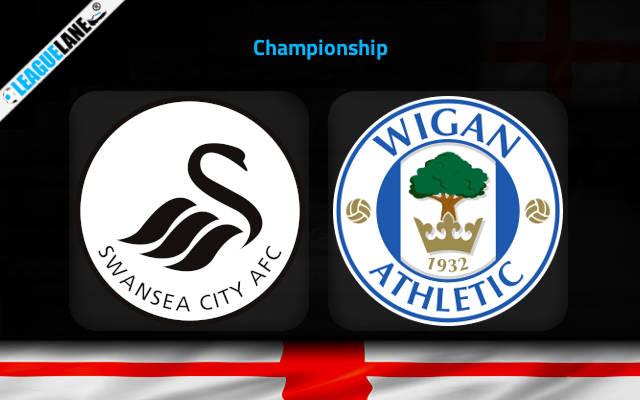 Wigan have the worst form this season. The month of October has been disastrous for them. Now they will face Swansea at Swansea.com Stadium on matchday 19.

The host are slowly losing progress following their narrow defeat against Preston. This result has stopped the team from entering the top four on the table. It was Brad Potts who scored the only goal in that game for Preston.

On the other hand, the visitors are having a disastrous season. Five consecutive defeats have pushed the team towards the relegation zone.

In their most recent outing, they lost against Stoke City by 1-0. This is their second time they are losing by 1-0.

Leam Richardson’s managerial career will be in jeopardy if he does not deliver good winning performance this month.

Presently, they are in the 22nd position on the table. Do note that they have lost their last three consecutive away games by conceding exactly two goals. Both teams are separated by nine points ahead of this fixture.

Things are looking good back at Swansea.com Stadium, the home team are on a four-game winning streak. They got an important victory over Reading at this stadium recently.

We can expect the home team to play an attacking game as they will aim to win all three points.

You can back the following, as our first tip is that Swansea will win this game – at 1.95 odd. The host have an excellent record against Wigan at their home stadium as they are unbeaten since the last two decades. Not to mention that the visitors have lost their last five outings.

Moreover, our next tip for this game is that Swansea will score over 1.5 goals – at 2.00 odd. The host have consistently scored two goals in their last three head-to-head matches at Swansea.com Stadium.