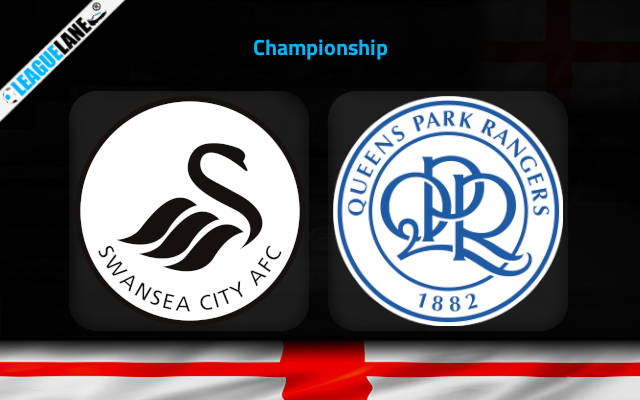 Swansea will have to pick themselves up and march forward in the upcoming games if they wish to finish within the top ten. They will host rivals QPR for matchday 8 at the Swansea.com Stadium.

The recent trend shows that numerous last-minute goals are being scored in the EFL Championship this season.

This was the case when Russell Martin’s side played against Stoke City. The Swans played a brilliant first half in that game. However the second-half performance fell apart. Tyrese Campbell scored the equaliser in the 91st minute. The Swans were very upset as they were inches away from claiming their second win of the season.

They have now suffered two back-to-back defeats in the EFL Championship. This dreadful form is completely unacceptable for a team of Swansea’s quality.

Meanwhile, QPR have a completely different story to share. They are on a two-game winning streak in the league. They have managed to score a total of six goals in their last two games.

This takes them to the ninth position in the league table. Also, QPR is the third-best team in terms of goal-scoring statistics.

Manager Michael Beale deserves all the praise as he brought the winning mentality back to the club. In this upcoming game, if QPR secures a win it will catapult them to the top of the table.

It is important to understand that Russell Martin and his men are on a four-game winless streak in the league. Do also note that they are conceding goals at a rate of 1.57 goals per game.

On the other hand, QPR are unbeaten in their last three league outings and will look to keep this trend going.

Our prediction for this game is that QPR will win this game – the odd is at 3.00 for this tip.

You can also bet for Over 2.5 goals bet at 2.00 odd – this is considering that both teams have scored over 2.5 goals in five of their last nine fixtures.