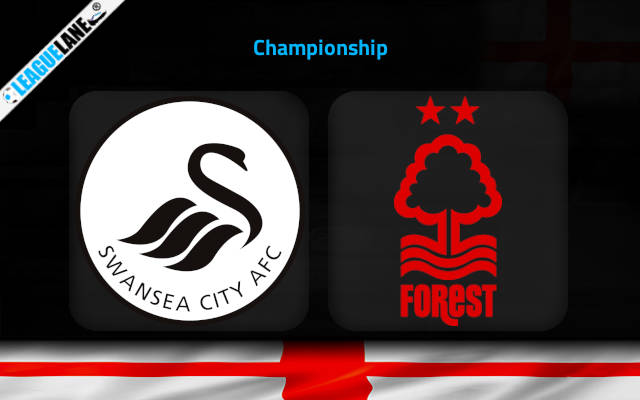 Both the teams are one below the other on the middle of table. Swansea enters this home fixture with 2 back to back losses and hopes to acquire a win this Saturday. With a recent win in the previous game, the visitors along wit their traveling fans set out to Swansea.com Stadium anticipating for an away victory.

The Reds resides at the 13th spot with 28 points in hand. From the 21 matches played they won, drew and lost 7 games each. Their goals to conceding ratio stands at 26:23.

Nottingham has only conceded 2 goals from the past 6 league matches while scoring a sum of 7. They won the previous match against Peterborough by 2-0. They haven’t been defeated in their previous 8 away league games.

The Swans are at the 14th spot with 27 points. Of the 21 matches played they won 7 while drawing 6. Their loss numbers are higher standing at 8 with goals to conceding ratio at 26:23 so far. They lost the previous 2 fixtures against Middlesbrough and Reading.

Swansea City have failed to prevent opponents from scoring in 5 of their previous 6 games, giving up 10 goals along the way. They haven’t won at home in the past 2 league games but are are unbeaten in the league by Nottingham Forest in their last 3 matches.

Welshman Steve Cooper moved to Nottingham earlier in this season after 24 months in charge of the ‘Swans’ from 2019 to 2021. He continues to turn Forest’s fortunes around, with his only Championship defeat to date against league leaders Fulham.

The Reds travel to South Wales having not lost in their last 7 Championship games and a pleasing encounter on the eye is expected between two teams who prefer to keep possession. Although, with both Swansea and Nottingham Forest well matched outfits, it would be no surprise if they ended up canceling each other out. A narrow advantage for the visitors can’t also be ruled out.