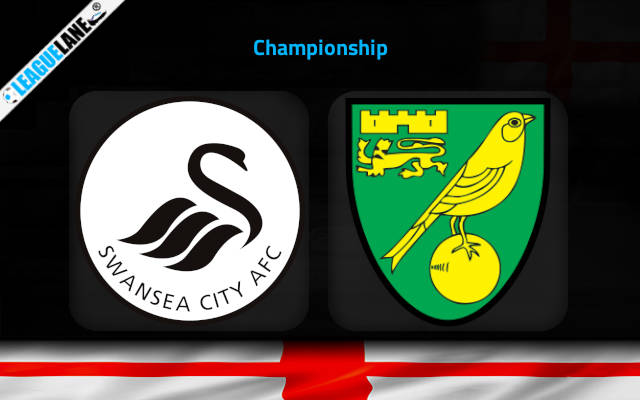 Swansea vs Norwich Predictions and Free Tips from our expert tipsters when the teams go head-to-head in Championship on Saturday, 10 December 2022.

Norwich are just one win away from reaching the top four on the table. They have gone through a major downfall recently. Now they are slowly picking themselves up. They will aim for their tenth win of the season as their opponents are facing a winless drought.

The last time Swansea celebrated a league victory was back in October. Moreover, their last three consecutive matches have ended in a stalemate. They could not breach Huddersfield’s defence in their last league outing.

The team led by Dean Smith have won three of their last four outings. The last time this fixture was held was back in 2021. At that time he host won that game by 2-0.

Moreover, it is important to understand that the host are winless in their last five outings.

Who will win the match between Swansea and Norwich?

Norwich will most likely take all three points from this fixture. They are unbeaten in three of their last five outings. Moreover, the host are looking lost in the last few league games as they are struggling to win.

Huddersfield who are at the bottom of the table managed to win one point against Swansea last time. This shows that the host are lacking confidence.

The visitors have scored at least one goal in their last three wins against Swansea. We can expect the same trend to continue this time as well.

It is unlikely that both teams will score. This is after considering that the visitors have kept a clean sheet in three of their last six head-to-head meetings.

You can back the following as our first tip is that Norwich will win this game by 1-0 – at 10.00 odd. They have won three of the last four matches against Swansea. Not to mention that the host are facing a winless drought.

Furthermore, our second tip is that Norwich will keep a clean sheet – at 3.75. In the last three years both teams have clashed three times. In two occasions the visitors have kept a clean sheet.