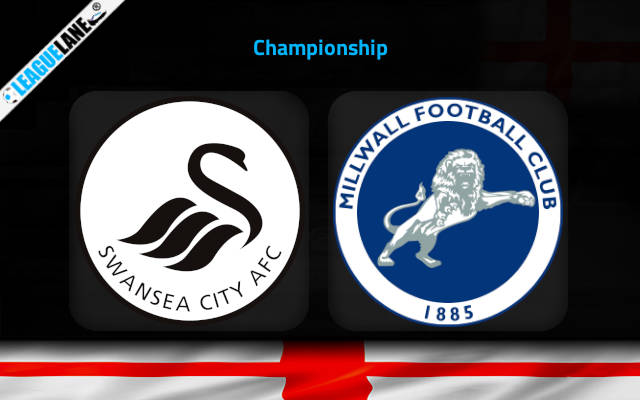 Swansea play hosts to Millwall in Wednesday’s Championship fixture. The Welsh outfit hope to make use of home conditions to put valuable points on the table.

The start of 2021/22 is not ideal for the Swans and they come to this midweek fixture 1 point clear off the danger zone.

The team managed by Russell Martin bagged their lone win of the season on matchday 4 at Bristol City (1-0). They have drawn 2 and lost 3 in between. Their latest is a goalless draw at home against Hull City.

Millwall are slowly recovering from a poor start and it took them 5 games to register the first win of the season. That came against 10-men Blackpool on the verge of the international break.

Gary Rowett’s men built on the new found confidence with another massive result on the weekend by holding league leaders West Brom to a 1-1 draw.

The Lions are 14th on the log and have a single point lead over their Wednesday’s hosts.

Swansea’s poor start to the season is a bitter blow to their promotion ambitions and they will be eager to impress here.

Millwall have the habit of making life difficult for home teams in the league they continue the trend of picking up a high number of draws on the travels.

For punters, both teams to score offers best value for money. The same has been paid in each of Millwall’s 6 Championship games this season.

Along with this, the high risk option of a full-time draw is preferred on small stakes.