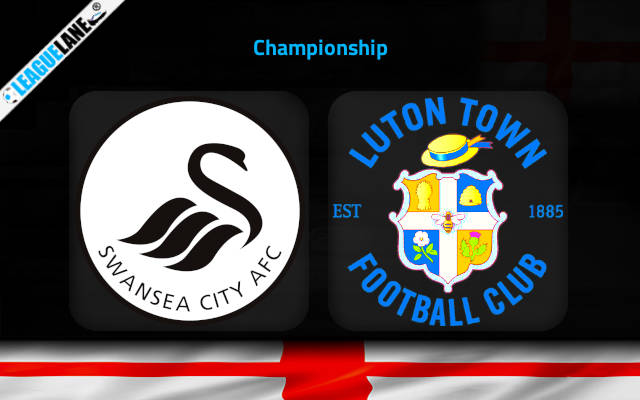 Swansea were having an inconsistent winless form the past Championship season. Their recordings were mostly negative that season. As a result, they ended up in the 15th spot after the completion of all the fixtures in the past season.

The Swans somewhat looked the same after completing the first two fixtures this season. Their inconsistency seemed like they extended their run this season. But, they bounced back with a clean sheet away win against Blackpool recently.

On the other side, we have a Luton who have also had a disappointing start to this season. A four-game winless streak will definitely fuel them with desperation of ending it up with a positive.

Swansea will play host to Luton in a Championship matchday at Swansea.com Stadium the coming Saturday.

The Hatters were having a decent Championship season the last time. They claimed a safe zone spot at the end of it and played Championship playoffs. Following that, they should have had a smooth start this season too.

Things were different for them as they started off with a disappointing goalless draw at home. They doubled the draw in the second and extended the winless streak to four games by conceding a defeat in the third and fourth to occupy a spot from near the danger to inside it.

Such recordings will falls short while facing Swansea who have recorded three unbeaten outcomes in the past five home outings.

On top of that, Swansea have been following a decent head to head form against Luton in the recent history. In that case, we are left to back Swansea to seal a win against this Luton on Saturday.