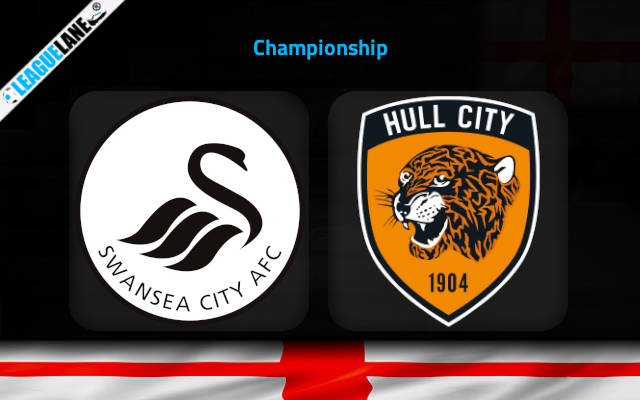 Swansea boss Russell Martin was disappointed as his team suffered a narrow defeat against league leaders Sheffield United. Now they will turn their focus towards Hull City this weekend.

Sheffield United ended the Swans’ two-game unbeaten streak. Following this result, the team is currently in the 22nd position on the table. Looking at the season, the host have not managed to impress the club supporters so far.

Do also note that the team’s defence have been breached twelve times in the last nine games.

The recent performance shows that Hull City’s season is going downhill. The team is on a three-game losing streak. They have conceded eight goals in their last three games. In the Championship the visitors have conceded the most number of goals this campaign.

In the most recent league outing, the visitors lost to Stoke City by 3-0. In that game, Luis Baker scored a brace. Shota Arveladze’s team registered four shots on target, yet they could not find the back of the net even once.

Shota Arveladze and his men will look to return to winning ways in this upcoming fixture.

The host are struggling to win their games this season. So far they have scored seven goals this season. Also, Russell Martin’s side lost three of their last five games.

Joel Piroe is the most important player for Swansea this season. He has scored three goals in his last four appearances. We can expect him to increase his goal tally in this game.

It is also important to mention that the visitors have won only one game in their last five league outings.

Our prediction is that Hull City will win by 2-1 – the odd for this tip will be at 15.00. In the head-to-head encounters, Hull are unbeaten in the last three meetings. Also, they have won three of the last six games by a two-goal margin.

Our next tip for this game is that Joel Piroe will score in the first half – the odd for this tip will be at 5.50. In two of the three outings, he has scored the opening goal within 25 minutes of the game.