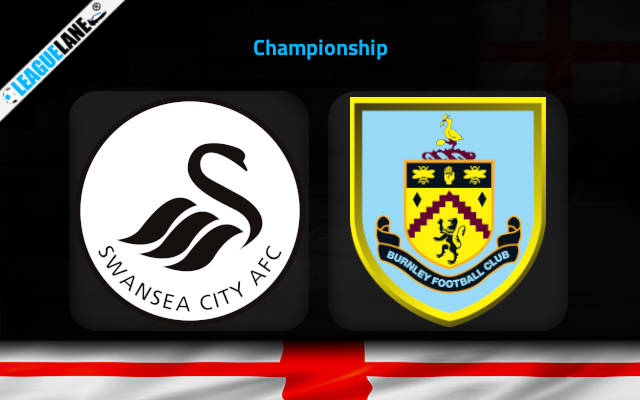 Swansea vs Burnley Predictions and Free Tips from our expert tipsters when the teams go head-to-head in Championship on Monday, 2 January 2023.

A proper team performance helped Burnley win their fourteenth game of the season as they defeated Birmingham by 3-0. However, they have an important game as they will face Swansea for the first game of the year.

Manager Vincent Kompany will be worried as their rivals Sheffield are not far behind in the table ranking. Therefore, his first objective is to secure a win.

At the same time, things are not looking good for Swansea. The last time they won a league game was back in October. They have a difficult January ahead of them as they will be playing against the top teams from the league. Not to mention that they have a crucial FA Cup match coming up as well.

Burnley won this fixture by 4-0 back in October. Both teams will be playing at Swansea.com Stadium after a period of four years.

In the last five years, both teams have played against each other on three occasions and the visitors have won on two occasions.

Who will win the match between Swansea and Burnley?

Burnley will most likely win this fixture. The two main reasons are that they are the table toppers and have won their last four consecutive outings. Moreover, Swansea have not won a league game in the last two months.

With just two exceptions, the last five head-to-head matches ended with less than two goals being scored combined. A similar trend is observed at Swansea.com Stadium as well.

In the last fifteen years, both teams have scored in just two head-to-head encounters at Swansea.com Stadium. It is unlikely that both teams will find the back of the net.

Our second tip is that Under 2.5 goals – at 1.80. Four of the last five encounters at Swansea.com Stadium ended with not more than two goals being scored.