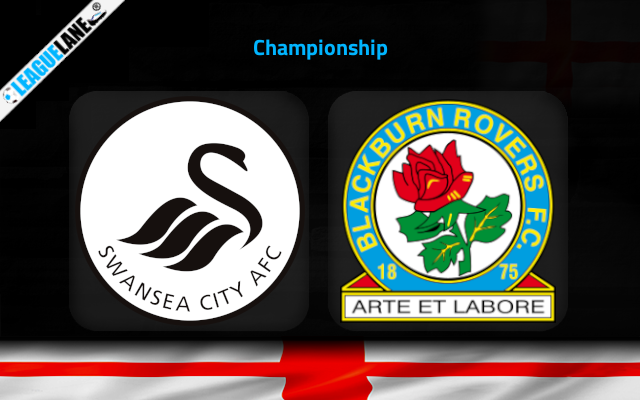 Swansea were having an inconsistent winless form the past Championship season. Their recordings were mostly negative that season. As a result, they ended up in the 15th spot after the completion of all the fixtures in the past season. They will be hoping for better run this season.

Meanwhile, Blackburn were having an average form throughout the past Championship season. They failed to enter the safe zone spot of the table at the end of the season. Their difference to the safe zone was just six points. They will be hoping to claim it this season by recording positive outcomes consistently.

We can see Swansea are seen sealing wins against League One outfits in their most recent friendly outings. They won against Charlton and Bristol Rovers lately. Their offensive side have scored goals at a good rate in both the games.

Swansea are unbeaten in four of the past five on the road outings across all competitions. This includes a couple of high-scoring matches too. They followed the above form to enter this Championship season and recorded a 1-1 draw against Rotherham.

On the other side, the pre season friendlies were received positively by Blackburn. They had faced outfits possessing strong potential when compared with them and still manages to remain unbeaten mostly. Following the above mentioned form, they succeeded in starting off positively against QPR.

They have a decent looking form on the road at present. Blackburn recorded unbeaten displays in most of their recent away outings. Anyways, those were against pre season friendlies.

Considering the above stats, we are left to back Swansea to seal a win from this Championship fixture against Blackburn.