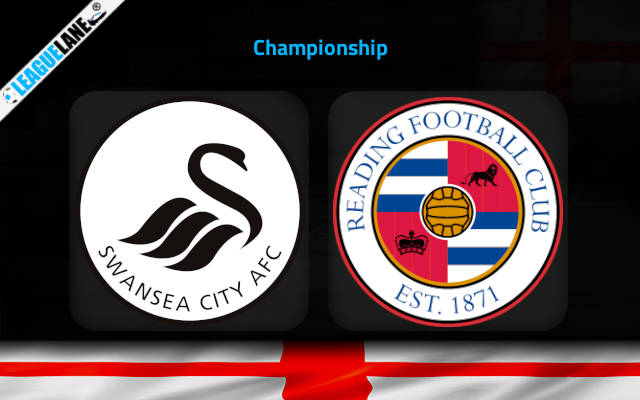 Reading who are looking to climb back up the table following point deduction will take on Swansea who are pushing for the playoffs spot at the Swansea.com Stadium. Read our Preview, Predictions, and Betting Tips with Analysis here.

After starting off the season with just 1 win in their opening 9 games, Swansea apart from a few losses against significantly stronger opponents have secured a few crucial results this season and are currently occupying the 9th position in the Championship with 27 points, 4 behind the 6th place Stoke City.

Reading has registered a few impressive wins over mid-table sides and teams lower in the table, they even managed to take 3 points from Fulham at home. However, the team has registered the fewest draws in the division, which has resulted in 10 losses. They are currently just outside the relegation zone in 21st position with 17 points after they were detected 6 points for breaching financial rules.

The Swans have been defeated just once at home this season despite several top teams making the trip to this venue. I don’t see them dropping any points against a side that has lost 6 games on the road already.

Joel Piroe who has found the back of the net 11 times already this season for his club, has scored 43% of the team’s goals in the league. The Dutch forward is currently the 4th highest goal scorer in the Championship. He is likely to add to his goal tally from this fixture.