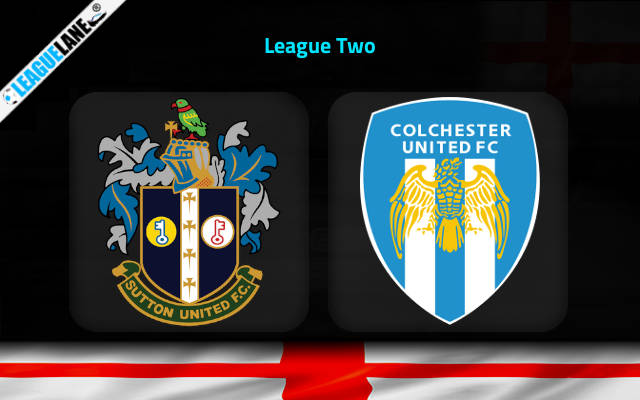 In game week 24 of League Two matches, Colchester United travels to London to face against Sutton United in their home ground on Wednesday.

Sutton United is in the 4th position on the league table with 36 points from 22 matches. They played their last match against Harrogate Town, which ended in a win for the team with 1-0 FT score.

Colchester United is in the 20th position on the league table with 22 points after 20 matches. Their last match was against Walsall, which ended in a loss after the opposition scored three goals. The match ended with 3-0 FT score.

Sutton has a better chance of gaining the 3-points in the next match.