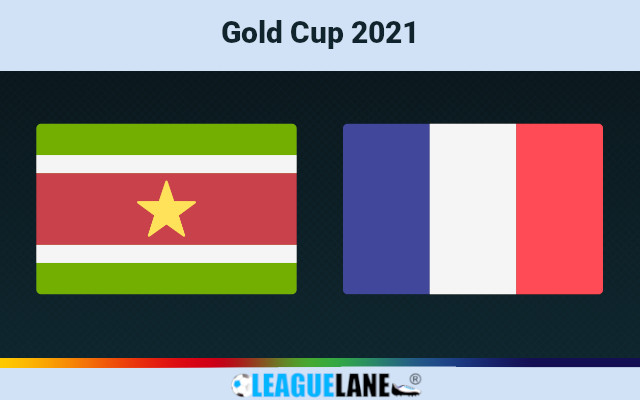 Before saying farewell to the 2021 Concacaf Gold Cup, Suriname and Guadeloupe will take on each other in the last game of the tournament for both outfits.

Suriname and Guadeloupe produced strong efforts in narrow defeats to the likes of Costa Rica and Jamaica respectively on Friday evening. Both teams squandered a one-goal advantage by conceding two goals and finishing their competitive journeys at this competition in a pretty much identical fashion.

However, both managers do have some positives to think about ahead of future challenges. To be fair, nobody expected these two teams to beat the much more experienced Costa Rican and Jamaican teams.

Suriname left a decent impression in their Gold Cup debut. Their forward Gleofilo Vlijter has a chance to move level with Stefano Rijssel for the most goals for Suriname’s national team all time. Vlijter was the only goalscorer for Suriname in the opening two games and he should definitely have much more space to deliver up front here against Guadeloupe.

Speaking of Guadeloupe, they found a way to score against both Costa Rica and Jamaica. They’ve thus scored a goal in each of the last eight games in all competitions. Knowing that Suriname’s back line is anything but elite, we would not be surprised to see Guadeloupe on the scoreline on Tuesday night at all.

The bookmakers see Suriname as pretty big favorites here and we can understand why. Dean Gorre’s men showed a strong resistance against both Jamaica and Costa Rica and they do have more quality in their ranks than Guadeloupe.

We’ll thus take the 1.55 odds offered for the home win. Since neither of the two teams are super meticulous at the back, we will alternatively back goals at both ends at the odds of 1.95.

Betting Tips for Suriname vs Guadeloupe