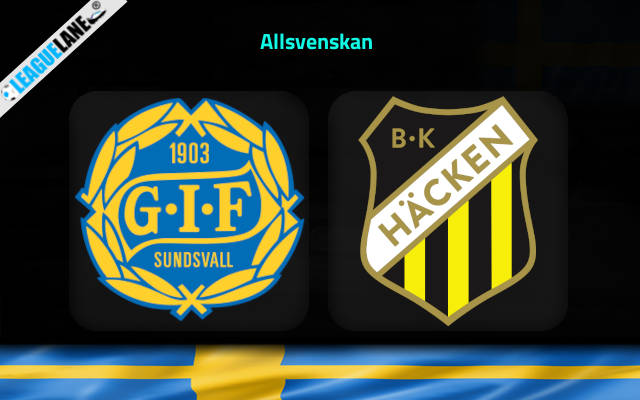 Matchday 14 of Allsvenskan is starting this week as Sundsvall who are in the relegation zone play host to the table topper Hacken, where both these sides differ by 18 points and 15 places. These two sides will be seen locking horns at NP3 Arena, this Monday.

Hacken is at top flight in Allsvenskan with 28 points from 13 games. They won 8 times in the league while drawing on 4 and losing only once. They have scored have 2 or more goals in 9 of their past 13 matches this season and has one of the best offensive sides in the league.

The visitors come into this match following on from a 1-2 Allsvenskan win to beat Mjallby in their last game. They have been effective going forward leading up to this encounter, scoring 14 times in their previous 6 matches.

On the other hand, Sundsvall resides at the 14th position on the table with a mere 10 points. Of the 13 matches played, they won just 3 times in the league while having drawn once and have lost on 9 other occasions. Trapped in the drop zone, they still need 4 more points to get out of it.

Following promotion last season, the home team come into this on the back of a 1-1 draw away to Varnamo in their most recent outing last weekend. Sundsvall have failed to score in 2 of their last 5 matches in all competitions.

Meanwhile, Sundsvall lost the last 4 h2h matches in a row while unable to net in any of those. The side have conceded 2 or more goals in 9 of their last 13 matches this season.

The away team will come into this one as the firm favorites while a low-scoring encounter is expected.