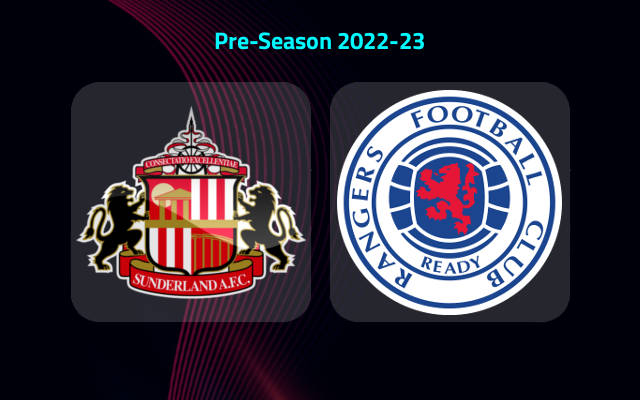 Sunderland is seen recording some positive recordings of late in the League One outings. Their impressive run allowed them to advance it to the knockout fixtures. They have succeeded in winning over every playoffs outfits they have faced and ended up the season claiming a 2-0 win against Wycombe in the final.

Sunderland were last seen playing a club friendly against Gateshead at home. The match ended up in a 2-0 win for them. Following a set of positive unbeaten outcomes including the above, we can expect them to enjoy some spirits to face their next rivals.

Meanwhile, Rangers have been playing different competitive outings of late. They are seen trying their best in sealing positives. Their most recent competitive clash was in the Europa League final against Frankfurt. They lost the match in penalties, but have succeeded in delivering a strong display throughout the season.

They were last seen playing the final of Scottish Cup against Hearts. The match ended up in a 2-0 win for Rangers. They will be having highest of spirits following the above impressive run they had across different competitions.

This friendly match-up between Sunderland and Rangers will happen in a neutral location. Hence, the heavy support of the local fans wont be there to deliver heavy motivation for their squads. Anyways. Sunderland will wear the home jersey in this fixture.

We can see Sunderland recording impressive displays in both home and on road lately. But their exposure is limited to the domestic league encounters.

On the other side, Rangers are seen sealing positive outcomes against different outfits across competitions of late. They have reached the final of Europa League this season.

In that case, we are left to back Rangers to seal a win from this Friendly clash against Sunderland on Saturday at Estadio Municipal de Albufeira.