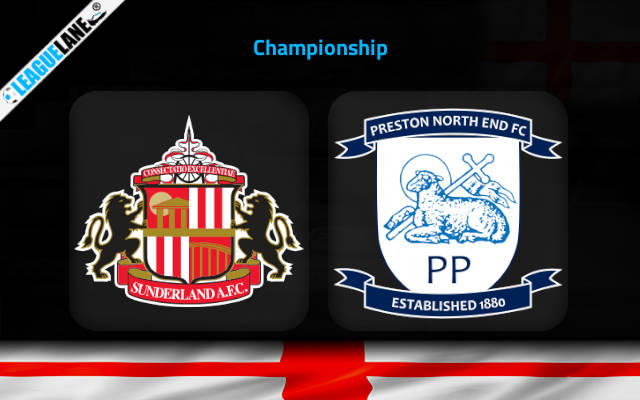 Despite only losing two games so far, Preston are languishing in the bottom half of the table. They will travel to the Stadium of Light this weekend to clash with fifth-placed side Sunderland.

The visitors have shown good performance against top teams this season. This is one of the reasons why they managed to hold Burnley by 1-1 last time.

So far, the team have not kept a clean sheet in their last three consecutive league matches. Do also note that they have won only 20% of their matches this campaign.

On the other hand, the home side were left shocked as they lost to bottom side club Middlesbrough by 1-0.

They quickly recovered as they defeated rivals Reading by 3-0 in the very next Championship fixture. In their most recent outing, they managed to win a point against Watford.

Jewison Bennette scored the equaliser with three minutes remaining on the watch in that game.

Following this result, the team is in the fifth position on the table. If Tony Mowbray’s side manages to win this upcoming fixture they will jump to third place on the table ranking.

One common factor between the two teams is that they are winless in their most recent league outing respectively.

Nevertheless, Preston’s strength solely lies on its defence this season. They have conceded only four goals in their last ten matches. Even league leaders Sheffield United have conceded more than them.

Meanwhile, Ross Steward is in good goal-scoring form at the moment, netting in five goals in his last seven appearances.

Our first prediction is that Preston will win by 1-0 – at 9.50 odd. This is after considering that Preston are on a six-game unbeaten streak. Moreover, they have won three of the last four matches by scoring at least one goal.

Moreover, our next tip for this game is that Preston will keep a clean sheet – the odd for this tip will be at 3.75 odd. In three of the last four encounters, Preston have kept a clean sheet.