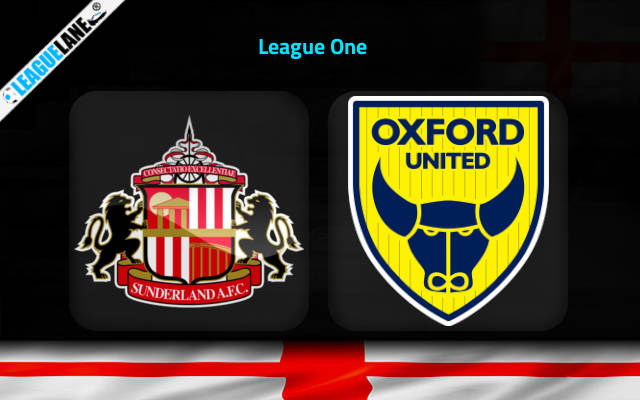 Sunderland have tightened things up defensively of late. Just one of the last five games they played in all competitions saw three or more goals scored. On the other side, we have Oxford United who played two goalless draws in the last three League One affairs. Looking also at the H2H trend, the Under 2.5 goals FT seems to be the way to go.

Sunderland host Oxford United in the big League One clash on Saturday afternoon at Stadium of Light.

These two teams featured the promotional playoffs in the previous term of the competition but both were stopped in the semifinal round, falling against the likes of Blackpool and Lincoln City respectively.

Both outfits are flirting with the promotional playoffs spots this time around as well.

Sunderland broke into the top-five in the league ladder after clinching seven out of nine possible points in the last three rounds.

They are currently three points above the 8th-placed Oxford United which is why this match carries a massive importance for both managers.

The visitors are also in a great series of results. They held section leaders Rotherham United to a goalless draw last weekend.

It was the sixth successive league fixture without a defeat for Oxford United who have won three of the last five in the process.

Maintaining such fine spell of form will, however, be a very challenging task for the visitors given they are to play Sunderland at Stadium of Light.

Sunderland are a very tough nut to crack in their own backyard. They won seven of eight league fixtures on the home patch this season.

Tips for Sunderland vs Oxford United