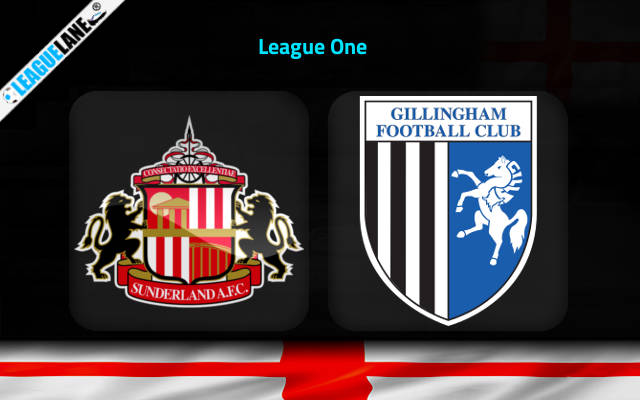 With a 6-game unbeaten run in the league, Sunderland is set to host Gillingham who are only 4 points from relegation safety, at Stadium of Light this Saturday for the 41st Round of League One.

The Black Cats are at the 7th spot on the standing with 67 points from 39 games. They won 19 times in the league while drawing and losing 10 games each. No side in League One this season has won more home games than Sunderland with 13 wins leveling with Sheffield Wednesday, Rotherham and Plymouth.

Sunderland head into this game coming off the back of a goal-less League One drawn match against Lincoln City. They have been mean at the back, resulting in the tally of goals that have gone in at their end during their previous 6 outings stands at only 2.

On the other hand, The Gills reside at the 19th position on the table with only 37 points. Of the 40 matches played, they won only 8 games while drawing on 13 and losing on 19 other occasions. The visiting side has almost double the conceding numbers than their scored ones, standing at 31:60.

Gillingham come into this encounter after a 2-1 league win over Accrington Stanley in their previous fixture. The trend of at least one side getting a clean sheet in games featuring them has become noticeable recently. Looking at their last 6 outings revealed that it has happened 5 times.

Gillingham have won only one of the 13 previous meetings with Sunderland. The Gills however won thrice of their last 5 games played on road.

Meanwhile, no defeats can be found in Sunderland’s 6 most recent games in League One. They have also managed to score more than once in their last 12 home matches. At home, the Black Cats has never been defeated by this rival.

We envisage a home win this weekend, as the hosts have the best home wins so far this season. Moreover, they also dominate on the h2hs stats.