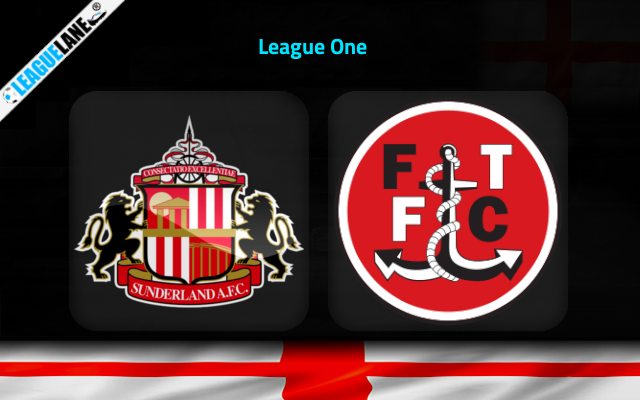 Sunderland are having a seesaw of form in league of late. They have been recording inconsistent results in the past five league fixtures. However, they have managed to enter the top 6 positions on the table and will be hoping to secure their current spot by adding more points.

Sunderland were last seen on a League One match-day against Wigan away from home. They have managed to seal three points from that fixture by scoring three unanswered goals. They will be hoping to make that win count as they were on the back of a six-game winless streak then.

Meanwhile, Fleetwood are not enjoying a decent season so far in the league. They have failed to record enough of wins and are currently positioned near the danger zone. They are having a total of 33 points and are just two points clear from the relegation spot.

Fleetwood lost to Wigan in their most recent league fixture away from home. They failed to score in that match while leaking two from the opposition. With that on road defeat, they are on the back of eight consecutive winless games in the league. Their defence have been leaking goals in good numbers since 8 league outings.

By the looks of things, Sunderland will have a chance to extend their temporary positive run to two games when they meet Fleetwood in their next league fixture at the Stadium of Light on Tuesday.

We see Sunderland on the winning side at the end of this one. They possess a better form in the league and have an impressive attacking side to talk about. On top of that, Fleetwood have only won two of their total 17 on road league fixtures this season. Therefore, we have enough reasons to back Sunderland to seal a win here.