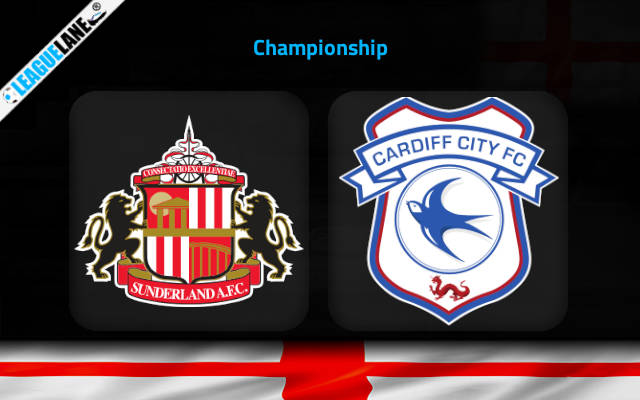 Things are not looking good for Steve Morison’s side. They lost their ninth game of the season most recently. They will now travel to Stadium of Light to clash with Sunderland.

The visitors ended their three-game losing streak when they defeated Rotherham by 1-0. However, they again fell to Watford by 2-1. In that game, Cedric Kipre opened the scoresheet yet it was not enough for them to win.

The team is at the eighteenth position following this result. They have now lost 50% of their matches this season.

Meanwhile, Sunderland picked up an important victory over Huddersfield most recently. Two second half goals from Alex Pritchard and Amad Diallo helped Tony Mowbray’s side secure all three points.

Now they are unbeaten in their last two matches. This victory helped them reach the twelfth position on the table.

By the looks of things, we can expect the host to extend their unbeaten streak in this fixture. As the opponents have lost two consecutive away games.

The host have performed well against teams who are in the bottom half of the table. This is why they have struggled to win against Burnley and Blackburn Rovers last month.

This upcoming fixture is crucial for Cardiff. They will look to avoid losing any further points as they are now close to the relegation zone.

Do also note that Steve Morison’s side have not scored in their last three defeats away from home.

Therefore, our prediction is that Sunderland will win this game by 2-1 – at 9.00 odd. Despite having a decent record at Stadium of Light, we have to consider that the visitors are not the same team anymore. Also, in two occasions the host have scored a minimum of two goals against this team.

Also, our next tip for this game is that Both Teams to Score – at 1.90 odd. In three of the last four head-to-head meetings at Stadium of Light, both teams have scored a combined total of nine goals.