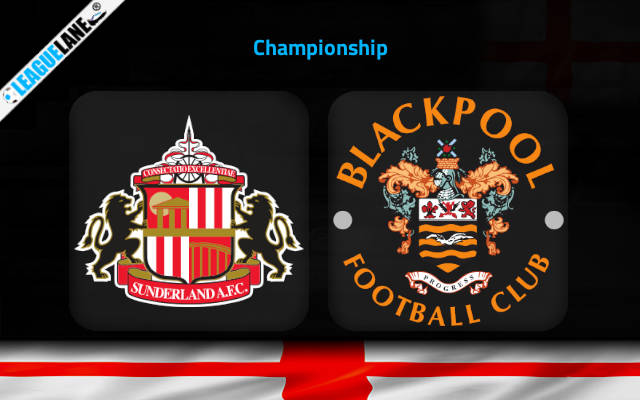 The losing woes continue for Blackpool as they are on a three-game losing streak. They will travel to Stadium of Light to clash with Sunderland this Tuesday.

Following their 3-0 victory over Reading. The host are now winless in their last two league matches.

In their most recent game, they played against Preston.  The game ended in a goalless draw. Currently, they are in the eighth position on the table.

The visitors’ performance are going downhill this season. They have lost their last three consecutive Championship games. In their most recent outing, they lost to Norwich City by 1-0.

Following this result, the team reached down to the 19th position on the table. If this trend continues ahead they will most likely end in the relegation zone. However, they still have time to turn things around.

Looking at the last three matches, only one goal has been scored by Charlie Patino for Michael Appleton’s side.

Looking at the bottom six clubs in the EFL Championship this year. The visitors along with Hull City have lost four games in their last five league matches.

The visitors have conceded sixteen goals this season. Moreover, they are facing a goal drought as they only managed to score a single goal in their last three matches.

The host are full of confidence as they managed to hold Preston by 0-0. Preston can be considered as the best defensive team in the league this season.

Moreover, they managed to hold Watford as well. This shows that the host are performing well against top teams in the Championship this season. Therefore, we can expect the host to dominate this upcoming fixture.

Do note that Blackpool are winless since the 4th of September.

Our first prediction is that Sunderland will win this game by 2-1 – at 8.50 odd. This is after considering the team’s recent 3-2 victory against the visitors.

Moreover, our next tip for this game is that Both Teams to Score- at 1.80 odd. The most recent fixture between these two sides ended with a total of five goals being scored combined. Also, in three of the last five overall matches, both teams have scored.