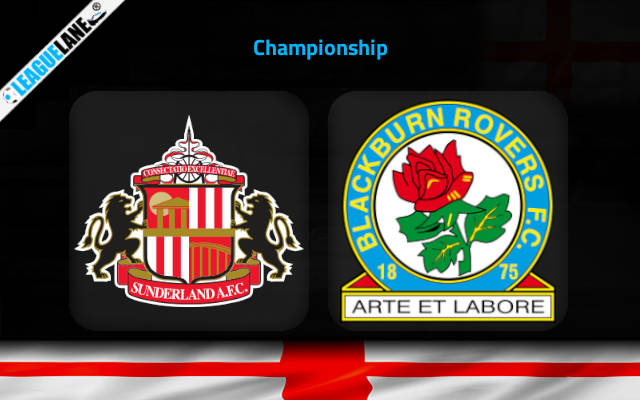 Sunderland vs Blackburn Predictions and Free Tips from our expert tipsters when the teams go head-to-head in Championship on Monday, 26 December 2022.

Blackburn have lost ten games already yet they are in the third position on the table. They will have to start winning on a consistent basis if they wish to stay within the top four. Last time in the league they celebrated an important 2-0 victory against Norwich City.

On the other hand, Sunderland have won only once this month. They are now struggling to win at this stage of the season. In their last league outing, they could not get past Hull City. To make matters worse for the manager, Elliot Embleton received a red card before the one-hour mark.

The current visitors are on a two-game winning streak against this team. The last time the host won this fixture was over ten years ago.

Both teams last met back in October and the visitors won that game by 2-0.

Who will win the match between Sunderland and Blackburn?

Blackburn will most likely win this fixture. The main reason is that they are third in the league, moreover they defeated Norwich away from home last time. Not to mention that they won the last two consecutive head-to-head meetings.

At the same time, Sunderland have lost three of their last four outings at home.

The host have scored at least one goal in their last two wins against this team. We can expect the same trend to continue this time as well.

It is likely that both teams will score. This is after considering that in two of the last three head-to-head meetings at Stadium of Light both teams have scored.

You can back the following as our first tip is that Blackburn will win this game by 2-1- the odd for this tip will be at 12.00 odd. They have won the last two games against Sunderland by scoring exactly two goals.

Our second tip is that Both teams to score – at 1.83 odd. Both teams have scored in five of the last seven head-to-head meetings.