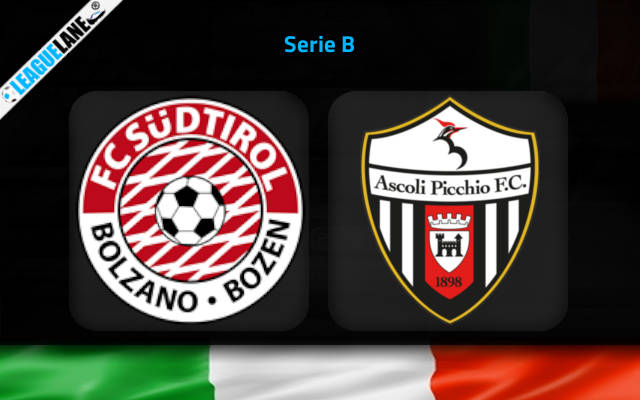 Sudtirol as well as Ascoli are showing consistency as far as their offense is concerned. But at the same time, these two are struggling to deliver good defensive games. And as a result, despite their best efforts, they cannot break into the top-most tier of the table.

Sudtirol are on an unbeaten run at the moment – but do take into account the fact that most of these were draws. They are placed eighth in the standings as of now, and another major reason they cannot make it to the top is their inability to perform at home.

In fact, they have a total of just two wins at home since March, and they have a single clean sheet at this ground since April.

Meanwhile, Ascoli are placed ninth in the table, just below their counterparts for the day. They have been pretty decent away from home so far.

One great irony is that they have remained unbeaten on the road all through the campaign, except against the dead-last placed Perugia.

Going on, despite their good run on the road, clean sheets have come rarely for them.

The two teams will try their absolute best to secure a win this weekend – primarily because these two are placed next to each other in the table, separated by a single point.

As things stand, expect a high-scoring affair this weekend between the two squads.

Sudtirol scored two or more goals in their last two fixtures, and the last they failed to find the back of the net was back in August. However, do also note that they have a single clean sheet to their name in the past two months.

Going on, take note that the last they failed to score at home was back in May. But at the same time, they have a single clean sheet here since April.

On the other hand, Ascoli scored two or more goals in four of the previous six games, but they could manage to keep just two clean sheets in the last two months.

As these two teams take on each other this weekend, expect goals to come from either end of the pitch.

Tips for Sudtirol vs Ascoli