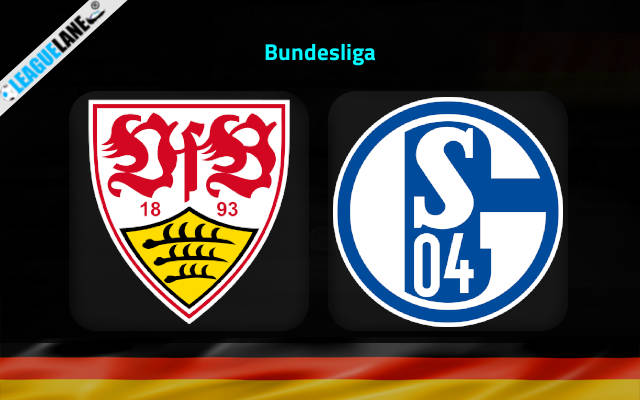 Schalke are a team that were promoted to the top flight only at the end of the last season. Meanwhile Stuttgart had managed to stay above the relegation cut off the previous season in the German Bundesliga.

Stuttgart had finished 15th in a table of 18 the last season and they were the last safe team in the tournament. It also deserves to be mentioned that they were level on points with the 16th placed squad.

It goes without saying that the team has now had some experience in dealing with high pressure gaimes, and they obviously deliver under pressure as well.

And while they have not been great so far this season in the Bundesliga, they have not been bad as well. In fact, if not for their only defeat against Freiburg they would have had a 100-percentage unbeaten record in the competition at present.

Meanwhile as expected Schalke have been finding it hard to deal with the veterans of the top flight. They have been on a totally winless run so far and only one other team has let in more goals than them in the entire tournament.

Moreover, they also have fared quite poorly in recent head-to-head meetings against this opponent, and taking into account all these observations it is inferred that Stuttgart will deliver a hard-fought victory this Saturday.

Stuttgart were unbeaten in eleven of their previous twelve overall fixtures and in the process, they had even gone on a 6-match winning streak.

Moreover, they have lost a total of just once in front of their home crowd in the past four months and they had also scored two or more goals in eight of their previous twelve appearances at this venue.

On the other hand, Schalke are on a four-game winless run and they had let in a total of 11 goals in the process. In fact, they had conceded six goals in their latest fixture alone.

Considering these observations as well as the recent head-to-head domination of Stuttgart, expect a victory for them this weekend.

Tips for VfB Stuttgart vs Schalke