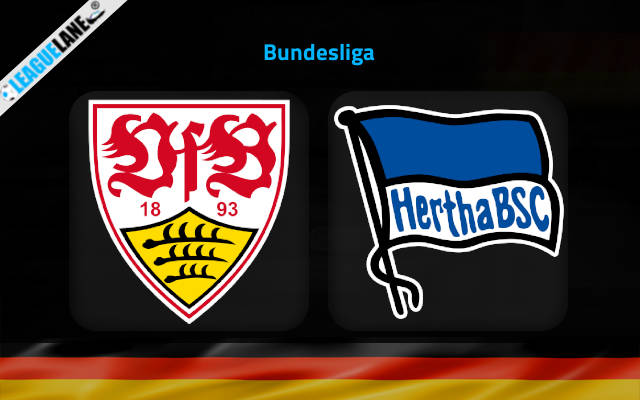 We have the clash between fellow strugglers who have found it very hard to create chances in the final third since the very start of the season. Knowing that neither of the previous season’s head to head clashes between these two outfits produced three or more goals, we are backing the Under 2.5 goals FT as the main betting option here.

Stuttgart snapped a three-defeat streak last Friday when they dispatched Mainz 2-1 on the home patch.

Hiroki Ito and Borna Sosa were on target in a n important victory for Die Schwaben who thus moved away from the relegation area.

The head coach Pellegrino Matarazzo generally faces massive problems with the list of sidelined/injured players in this term of Bundesliga.

This is why we can sort of justify Stuttgart’s slower start to the season. The team’s key player Sasha Kalajdzic is still sidelined. He made only a single appearance in this term of Bundesliga.

Stuttgart will try and back up the mentioned win over Mainz on Sunday afternoon when they play host to bottom-half rivals Hertha Berlin in a low-profile Matchday No 14 tie at Mercedes-Benz-Arena.

Hertha have not been pulling up many trees this season either. They will travel to Stuttgart winless in four successive league games-.

The 1-1 home draw to Augsburg in the previous round has forced the team’s board to make a managerial change as Tayfun Korkut took over Pal Dardai on the bench.

The new manager will make his debut at Mercedes-Benz-Arena. Could he shift the team’s fortunes around right from the get-go?

Tips for Stuttgart vs Hertha Berlin