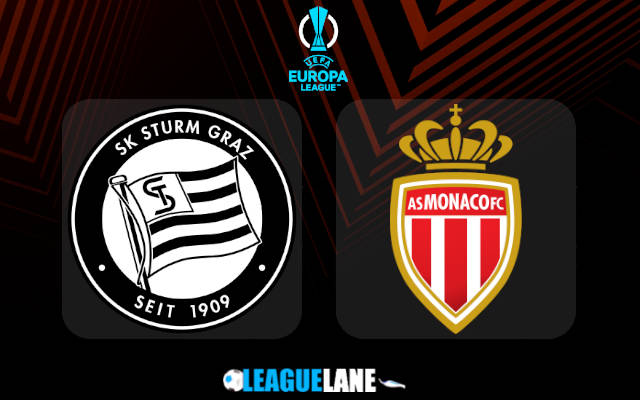 Sturm Graz will be hoping to at least finish their Europa League campaign with a victory. It will not count for much in terms of the Group B table, but it could serve as a massive confidence-booster ahead of the remaining part of the Austrian Bundesliga season.

The outcome of the sixth-round clash between Sturm Graz and Monaco will by no means affect the final standings in Group.

The hosts will end the campaign at the very foot of the group standings, while the French outfit can’t be moved from the top spot.

This is why we expect plenty of rotations from both managers, especially Monaco’s. Les Monegasques have finally caught the right rhythm in the Ligue 1 where they managed back-to-back wins over Angers and Metz in the last two rounds.

The team led by Niko Kovac bagged seven goals in these two wins. The Croatian manager will surely give rest to his main stars, especially since Monaco are about to face PSG in the domestic league derby on Sunday.

This is where we see Sturm’s chance for the inaugural Europa League win. The Austrian outfit have been massive underdogs in this very tough group and they have justified the tag.

Sturm Graz took only one point from five games, scoring no more than a single goal in the process.

They fell 1-4 to PSV and 0-1 to Real Sociedad in the previous two home fixtures. Can Christian Ilzer’s men clinch a consolation victory on the final day?

Tips for Sturm Graz vs Monaco