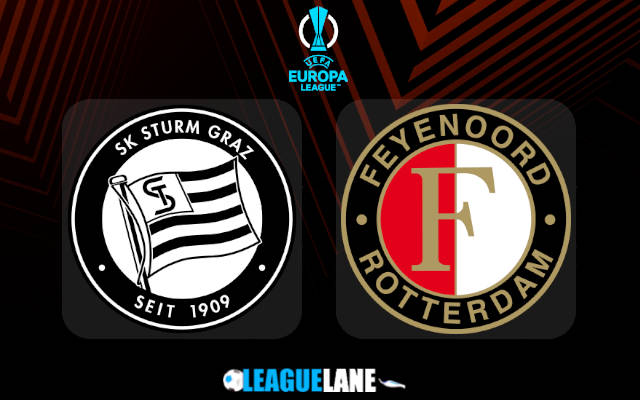 Things are wide open in Group F of UEFA Europa League as all four teams sit at five points with just two games left to play.

Sturm Graz will be looking for revenge after a demolishing 6-0 defeat in Rotterdam in the return game against Feyenoord in the second round as the two teams meet each other again this Thursday evening in Gameweek 5.

Sturm Graz held Lazio to back-to-back draws in the previous two rounds and a win here would put them in a great place ahead of the final day’s clash against Midtjylland in Denmark.

The hosts will enter this tie on a high following some great displays in the last several weeks. They have lost just one game since the beginning of the season in Austrian Bundesliga where they sit four points behind leaders and reigning champions Salzburg after 13 rounds.

Sturm Graz have been unbeaten since the mentioned catastrophe against Feyenoord on Dutch soil, going on a run of nine successive games without a defeat in all competitions. They also held the likes of Salzburg to a goalless draw on the road last Saturday.

Feyenoord, on the other side, come into this outing after a disappointing 1-1 draw to Fortuna Sittard in the weekend’s Eredivisie action.

Arne Slot’s men drew four and won two of the previous six games in all competitions, keeping only a single clean sheet in the process, though.

It will be very interesting to see whether they will be able to repeat the marvelous offensive showing from the first clash against Sturm, especially since the Austrian outfit have drastically improved their defensive performances since then.

These two teams met each other in the third round of the UEFA Champions League Qualifications 22 years ago when Sturm Graz advanced 3-2 on aggregate thanks to a 2-1 win on the home patch.

As mentioned above, Feyenoord won the clash in September this year in Europa League 6-0 in Rotterdam.

Sturm Graz have significantly improved their defensive displays of late which is why we like the 8.50 odds offered for the Home Win & Under 2.5 goals FT bet here.

Those who like the correct score predictions can try with Sturm Graz to win 1-0 at the 13.00 odds.