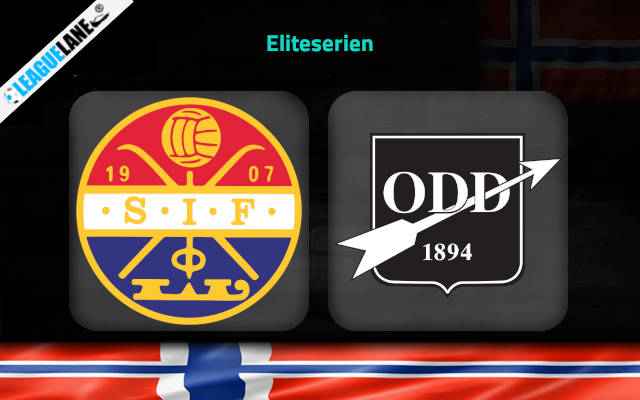 Gameweek 13 of Eliteserien is starting this week as Stromsgodset play host to Odd Grenland, where both these sides are separated by 2 points and 4 places. These two teams will be seen locking horns at Marienlyst Stadion, this Saturday.

Stromsgodset is at the 4th spot on the standing with 20 points from 13 games. They won 6 times in the league while drawing twice and having lost on 5 other occasions. The home side need just 3 more points to get into the promotion zone for playing European football.

The hosts will be hoping to return to winning ways here after a 0-1 league defeat last time out to Aalesunds . At least 3 goals per game have been seen in 5 of the last 6 meetings where Stromsgodset have taken part.

On the other hand, Odd resides at the 9th position on the table with 18 points. Of the 13 matches played, they won 6 times in the league while having drawn none but have lost on 7 other occasions. The visitors has not able to net in 5 games this season and that accounts to 38% of the games where they have not been able to find crucial goals.

Odd will come into the game after a 3-2 Eliteserien win over Bodo/Glimt in their most recent game. Pal Arne Johansen’s men have fired home 8 times throughout their previous 6 matches. The team have also achieved 3 straight away league wins while coming here.

Stromsgodset have managed to win their last 4 consecutive home games in Eliteserien by scoring thrice on each fixture. They have not been beaten in the league by Odd in their last 4 matches. The hosts have seen over 2.5 goals in their last 6 home league games.

Meanwhile, Odd have won their previous 5 league matches away from home. However, they haven’t beaten Stromsgodset in games played away from home for the previous 2 league games.

The hosts are in great form while the visitors are impressive in their last couple of away games. We however feel that a home win is up for cards as Stromsgodset have a better track record over this foe at home as well as on road.