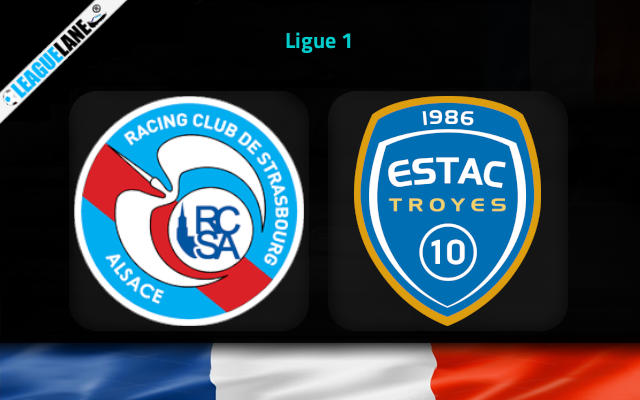 Strasbourg vs Troyes Predictions and Free Tips from our expert tipsters when the teams go head-to-head in Ligue 1 on Monday, 2 January 2023.

The first on the agenda for Patrick Kisnorbo’s side will be to win maximum points from their January fixtures. As this will help them reach the top ten. They managed to hold Nantes in a goalless draw last time.

The strategy is different for Strasbourg, they will take one game at a time as they are in the relegation zone and have won only a single game till now. Manager Julien Stéphan’s primary objective is to avoid relegation.

The host are unbeaten in the last three head-to-head meetings. Back in October both teams played in a 1-1 draw. The visitors are yet to win a single game against this team at Stade de la Meinau in the last twenty years.

The last time the visitors won at this fixture was over five years ago.

Who will win the match between Strasbourg and Troyes?

Troyes have a better chance to win this fixture. The past records are not valid in this present scenario. Strasbourg are one of the moist underwhelming teams in the league this season. They have lost nearly 50% of their games till now. Moreover, the visiting team managed to win one point against Nantes recently.

This fixture is a low-scoring one in recent times. The last two meetings between these two teams ended with less than three goals being scored.

Both teams have scored consistently since 2018. At Stade de la Meinau a similar trend is observed. We can back the same trend this time as well.

The visitors are unbeaten in the last two meetings against this team. You can back the following as our first tip is that Troyes will win this game– the odd for this tip will be at 4.20 odd.

Futhermore, our second tip is that Both teams to score – at 1.75. Both teams have scored ten goals combined in two of their last four three head-to-head encounters.