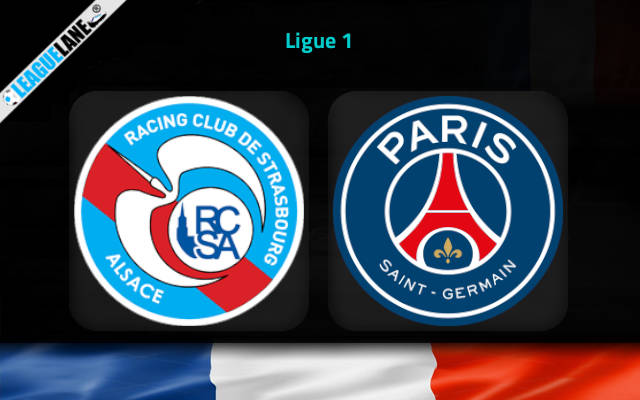 The Parisians were crowned the champions in their previous game, and now they have the luxury to play the remainder of the campaign with no pressure. It needs to be seen if manager Mauricio Pochettino would take his foot off the gas pedal or would keep pushing to avoid getting a sack.

Anyhow, the Ligue 1 title-winners have enough talent on their roster to give problems to any French team.

Meanwhile, Strasbourg are placed sixth in the table, and they need at least a fifth-place finish to secure a ticket to Europe next season. Which means, they have to find a surplus of two points from the remaining four games.

And it bothers them that while they are pitted against the toppers, the fifth-placed Nice are locking horns with the relegation-threatened Bordeaux.

As such, Strasbourg are desperate for a win this weekend. If they fail to post the three points on the board, Nice might make their grip tighter on the fifth position.

And this desperation could be smartly exploited by the toppers.

By the looks of things, expect a win for PSG this Friday, and anticipate goals in plenty too.

Strasbourg lost 1-0 on the road the last match-day, against Lille. They were unbeaten in seven of their past ten overall fixtures, and they also have a poor h2h record against this rival.

On the other hand, the Parisians are playing their first fixture after confirming the title, and they will be eager to secure a win. Do also note that they have been scoring in plenty lately.

For the reasons, expect PSG to post the three points on the board.

However, Strasbourg are desperate, and are at home. They will try their absolute best to find the back of the net, and it’s a doubt if the shaky defense of the Parisians could handle that.

As such, expect a high-scoring affair too.

Tips for Strasbourg vs PSG